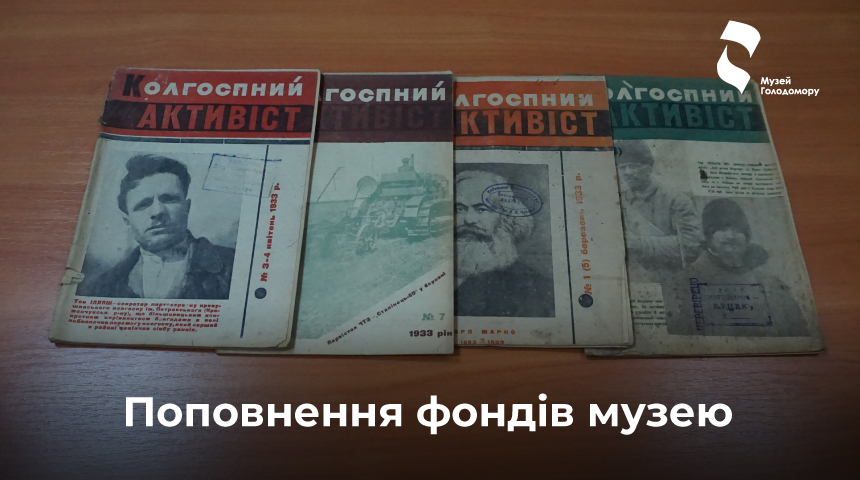 The Holodomor Museum received the magazines of 1933

A collector and local historian Dmytro Pirkl from Dnipro donated 4 issues of the magazine “Kolhospny activist”, published in 1933, to the museum’s funds. It is a typical example of a propaganda magazine methodology for grassroots activists who were supposed to talk about the successes of communist construction when Ukraine was engulfed in mass deaths from hunger and repression.

The magazine creates a propaganda idyll of happy working days of collective farm workers and describes the greatness of the USSR with newly built factories and the successes of industrialization. On the magazine pages, heads of collective farms and other local activists appear as responsible leaders who are ready to help subordinates in any situation.

The silence of the Holodomor in such propaganda literature can be clearly traced when compared with archival materials. Thanks to materials from such methods, we understand the unquestionable level of lies and manipulations, which the propaganda machine of the USSR did not disdain.