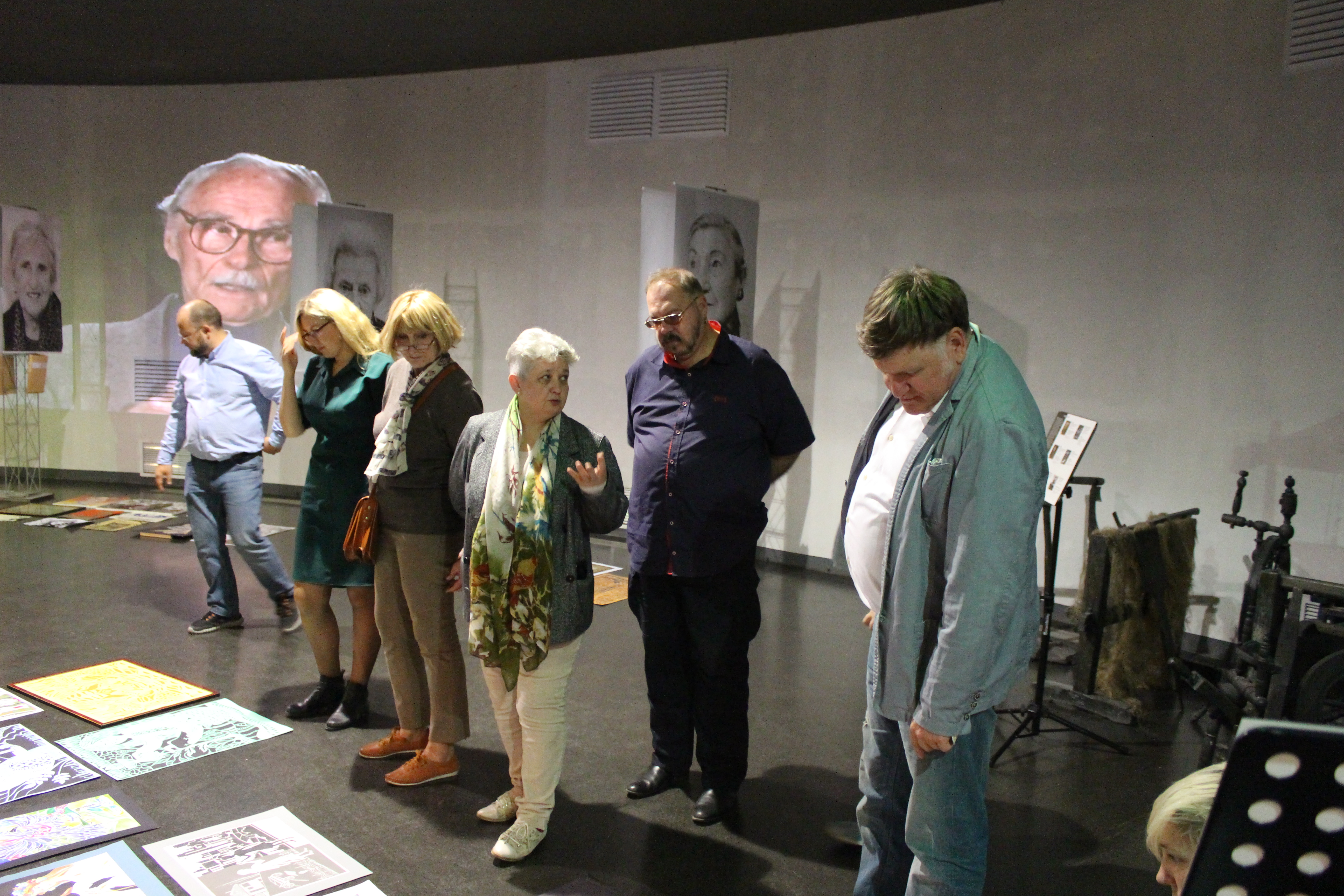 An important event took place at the Children’s Art Contest “MEMORY OF THE FUTURE”, dedicated to the 86th anniversary of the 1932–1933 Holodomor in Ukraine: on October 15, the jury of the competition gathered to determine the winners and to distribute the prize places.

The jury analyzed 205 works. According to the Contest Regulations, all submitted works were divided into three age categories: 6–9 years (33 works), 10–13 years (106 works) and 14–17 years (64 works). The jury discussed and selected 3 winners in each category, as well as two participants who will receive a grand-prix and a prize of audience choice.

We asked what the jury members were guided by when selecting the best work and what imprerssed them the most:

Yuliia Novobranets, a representative of the International Charitable Foundation for the Development of the Holodomor Victims Memorial: “I personally was surprised by the level of works of the youngest age category: children of 6–9 years skillfully conveyed sincere emotions and experiences through different techniques and styles, portrayed non-standard views on the subject . Also, I want to note that the contest was participated by children even from the frontier villages. While selecting the winners, I tried to comprehensively evaluate the work: both the idea and the level of its implementation, technique.

Julia Kotsur, Candidate of Historical Sciences, Head of the Information and Publishing Department of the Holodomor Museum: “It is extremely gratifying to see such a large number of works that have been submitted for the competition. It is twice as pleasant to see how sincere they are. When evaluating the works, I paid more attention to the artistic vision of the topic and the implementation of the idea using the chosen technique. Extremely nice works are created by children of 10–13 years. The submitted works are made very skillfully and by various techniques. I particularly liked the embroideries. ”

Nataliia Borysenko, Member of the National Union of Artists of Ukraine, Art Studio Director: “Children’s works are first of all sincerity, not skill. The subject is really difficult even for an adult. Fortunately, modern children do not know hunger, and that is why the task to feel history is much harder.”

Attention! Exhibition opening date has changed! The presentation of works, announcing and awarding of winners will take place on November 7, 2019 at National Holodomor-Genocide Museum (Kyiv, 3 Lavrska St.). The time will be pre-announced on the official website as well as the museum’s official pages in the social networks.