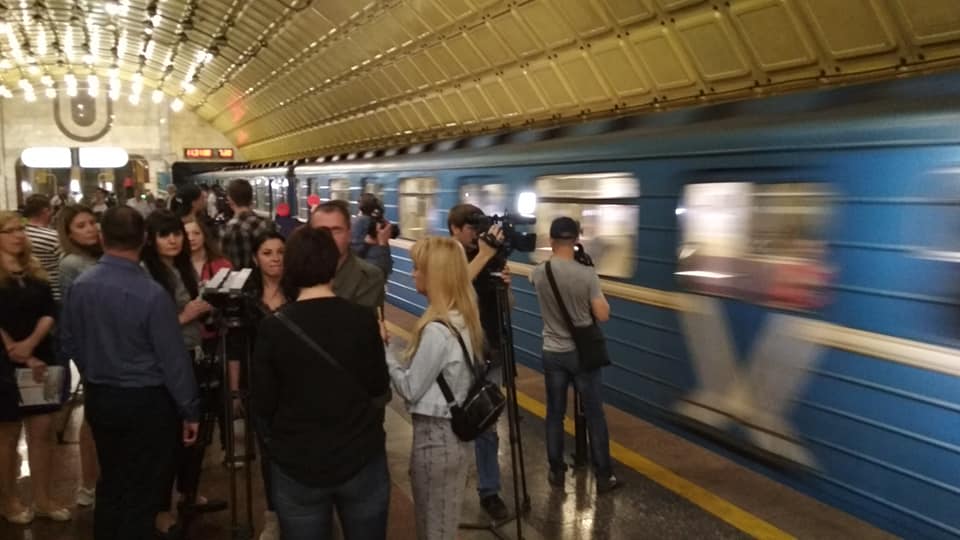 The Lecture "Enemies Everywhere: from ‘Soviet Toys’ to ‘Smeshariki’” Was Presented by Iryna Batyrieva

On May 15, the National Museum “Holodomor Victims Memorial” hosted a lecture “Enemies Everywhere: from ‘Soviet Toys’ to ‘Smeshariki.’” The ethnologist Irina Batyrieva spoke about the features and mechanisms of constructing the “image of the enemy” through the Soviet animated films in a totalitarian society. The students could deconstruct the images of Soviet and contemporary animation films of Russian production. In the Soviet Union, as well as in Russia today, in the mass consciousness, with the help of propaganda and agitation, the myth of a fatal threat from “someone else” – “the enemy” – was established.

The guests of the museum analyzed the famous cartoons, and also saw rare animated movies. For example, children watched the cartoon about New Economical Policy (NEP) “The Result of the 12th Party Congress. Cooperation”(1924), directed by Dzyga Vertov. It creates the image nepman – the enemy inside the country. During the first twenty years of the existence of the USSR, the main interlocutor of the authorities in the animation was “a simple man.” Through the cartoons, there was explained why it is necessary to give half of the harvest to the country or to enter the co-operations. The plot of the cartoon is simple: two men envy their neighbor Pahomych, who, as they say, “has everything.” And they have troubles: once “horse fell,” then “the plow is broken.” “And why do not we unite, here and there, and then everything will change!” – the peasants scream.

Some cartoons were aimed directly at the formation of the image of an external enemy and at the “explanation” which countries are friendly and which are hostile to the USSR. Visitors watched the cartoon “Alien Voice” (1949), which reflects the period of the Caribbean crisis and confrontation of the USSR with the United States.

However, it turnes out that not only Soviet cartoons were dangerous. There is a propaganda threat in contemporary Russian cartoons such as a series of animations “Three Heroes,” which discredits the image of Ukraine and its own history! Even “Smeshariki”, “Masha and the Bear”, “Masha’s Fairy Tales”, “Belka and Strelka” are not so innocent and safe. Through Russian cartoons, a new generation of Ukrainians is attracted to a common cultural space with Russia (the very “Russian world”). This forms loyalty to the Russian Federation.

But the most dangerous are the “cartoons that sometimes give a better effect than any fables about the crucified boys and babies at the Bandera dinners…” One of them is O. Balashov’s animation “One Day Our Life Has Changed.” It is an absolute fake and Russian propaganda – Russians from childhood are taught to be hostile to Ukrainians and our state. And the 117-million audience of the federal channel “Russia-1” is accustomed to the idea of war…

“Enemies are everywhere!” – this is the main message of cartoon propaganda in a totalitarian society.