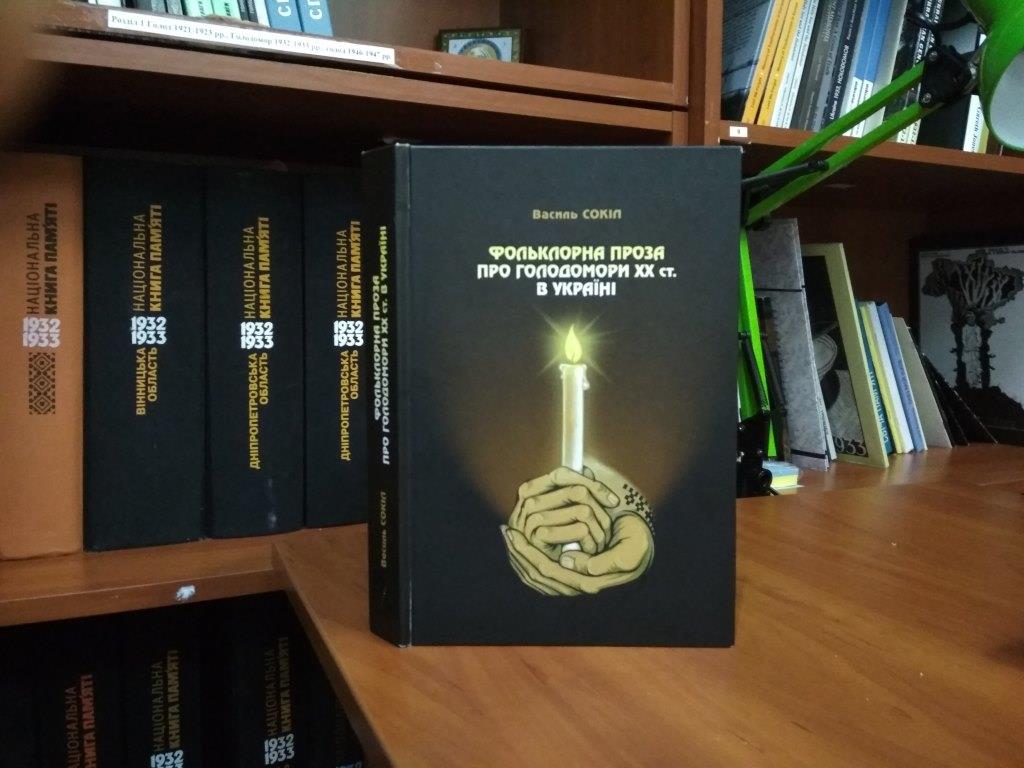 The Library of Holodomor Victims Memorial Received a New Book

The teacher and folklorist (Doctor of Philological Sciences, Professor) Vasyl Sokil gifted his new book Folklore Prose about the Famines of the Twentieth Century in Ukraine: the Paradigm of the Text to our museum.

The author focuses on the role of tradition, memory, performance, as well as features of the plot creation and catalogization of folk tales and legends about the Holodomor and mass artificial famines of 1921–1923 and 1946–1947.

Most of the materials, on the basis of which the book was written, were collected during the author’s expedition to the area of ​​the Chornobyl disaster and the re-settlers from these territories. Part of the recordings of folk prose comes from the eastern regions of Ukraine – Donetsk and Luhansk – the zone of contemporary combat operations.