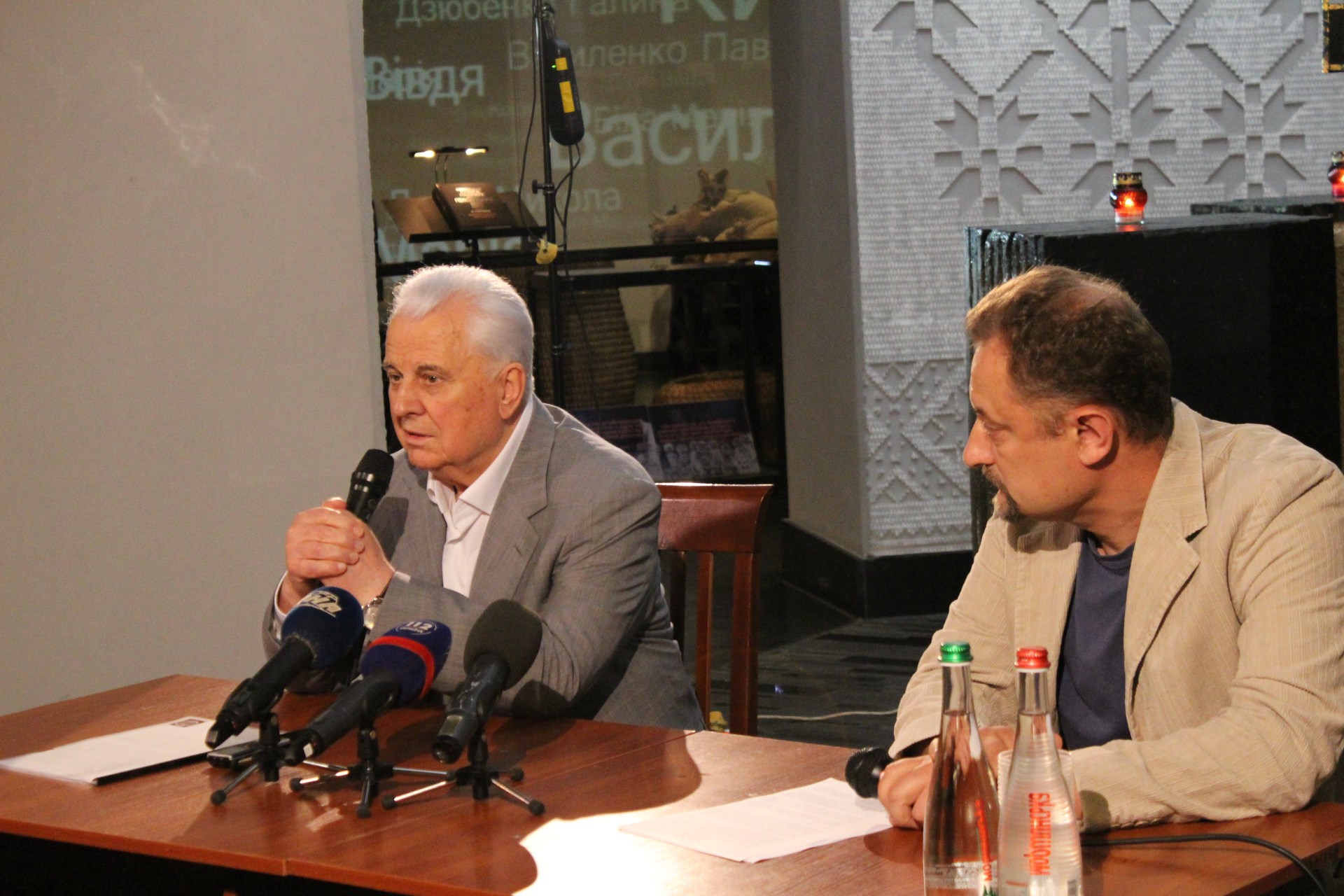 On May 15, 2018, a meeting with the first President of the Independent Ukraine Leonid Kravchuk was held in the National Museum “Holodomor Victims Memorial”. The event was the part of the Museum project «Oral History of Holodomor», during which the museum staff records the testimonies of victims of the Holodomor, as well as the testimonies of people participated in returning the truth about Holodomor to the modern public space and national memory, and arranges meetings with them for schoolchildren, students and the general public.

During the meeting, Leonid Kravchuk said that he first heard about the Holodomor, while he was working in the Central Committee of the Communist Party of Ukraine, as head of the ideological department, and then as the second secretary of the Central Committee of the CPU. In the 1980s, under the pressure of the Ukrainian diaspora in the United States and Canada, it was impossible to deny the truth about the Holodomor. Therefore, the Soviet Union authorities chose the tactics of denial of the crime by explaining the causes of the 1932-1933 famine in Ukraine in drought. The Central Committee created a special commission for investigation the famine. Leonid Kravchuk was its member. Then thousands of documents came to his hands, including materials from the archive of the USSR State Hydrometeorological Center. According to Mr. Kravchuk, after he had got acquainted with these materials, he did not need any consultations of lawyers and historians to understand what happened to the Ukrainian nation in 1932-1933. It became apparent to him that this hunger was an act of genocide of Ukrainians. Especially since the archive materials of the hydrometeorological center showed that the natural conditions in 1931-1933 did not differ from the previous ones. No special aridity, nor any other anomalies were noticed.

Leonid Kravchuk also shared the memories from the beginning of the 1990s, when the process of restoring memory of the Holodomor started in Ukraine. He admitted the awakening of the national memory about the most painful page in Ukrainian history, as well as the continuation of Soviet propaganda made by the Communist Party of an already independent Ukraine. In the first years of our country’s independence, the process of studying, understanding and debating the history of the Holodomor took place under rather difficult conditions. Those researchers, who attended the Russian archives at that time, did it privately.

According to Leonid Kravchuk, Ukraine has been truly bringing back the truth about the Holodomor for the last 10 years. And, obviously, it is natural process after so many years of complete silence.

However, according to Leonid Kravchuk, the issue of the Holodomor is not well understood: “We have not yet come to the roots…”.

The honorable guest appealed to the visitors of the museum, among which there were many young people, with wishes for them to be the only nation and the strong state. He emphasized the importance of remembering the Holodomor in the process of understanding ourselves as the nation, in overcoming the consequences of the genocide, consolidating the nation and consolidating the state of Ukraine: This is a terrible memory in our history, but it is forever…”.  This memory also clarifies the problems of relations with Russia and prompts conclusions about changes.

The National Museum “Holodomor Victims Memorial” thanked Leonid Kravchuk for an open conversation. Everybody was inspired by his advice and wise life lessons from his own experience.

Follow our announcements and do not miss new meetings at the Holodomor Victims Memorial.