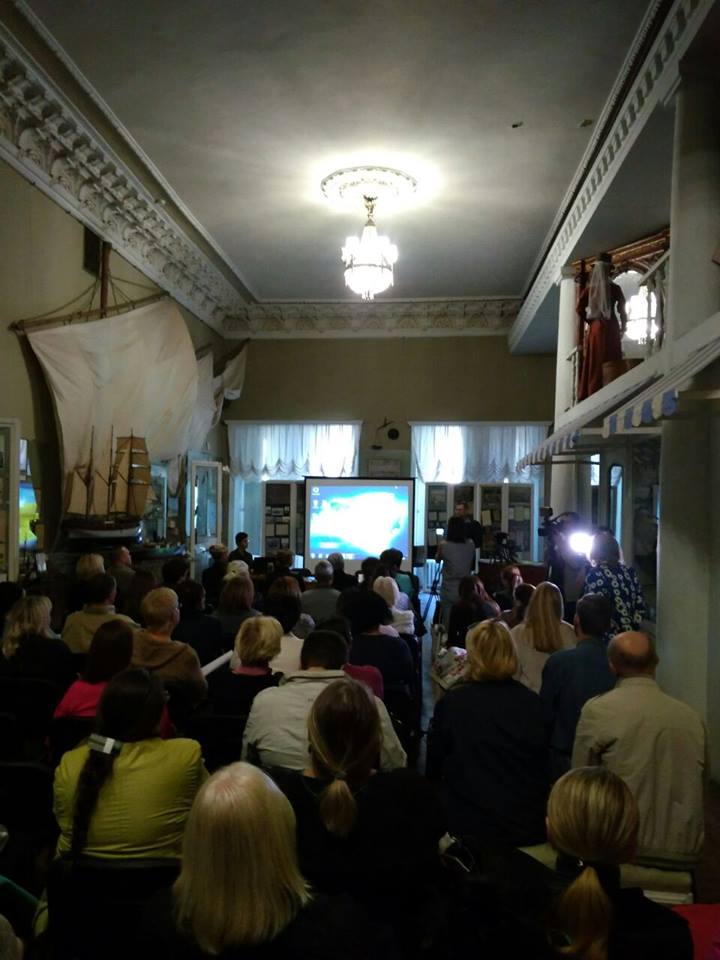 History teachers of Odessa schools became the next who watched the educational film “Covering the Holodomor: Memory Eternal”. The presentation took place on September 27, 2017, in the Odessa Museum of Regional History with the participation of representatives of the Department of Culture of the Governor of Odessa Oblast, which invited over 80 teachers and press.

The 12-minute film is aimed at a school audience and recommended for use while studying the topic of the Holodomor. The viewer’s attention is drawn to such important questions as:

We remind that the film was created by the Canadian Museum for Human Rights in cooperation with the National Museum “Holodomor Victims Memorial”.

After watching and discussing the film each teacher received a copy of the film as a gift. Visual materials make school lessons more diverse and facilitate understanding of such a complicated topic as the Holodomor by students.

The museum plans to organise similar presentations in Zaporizhia (October 5), Dnipro (October 4), Chernihiv, Siverodonetsk, Kramatorsk and Kyiv. Earlier, the CD’s with the film were given to teachers in Lviv, where the presentation was held in cooperation with the Memorial Museum of totalitarian regimes “Territory of terror”.

In order to get a CD with a movie, we kindly ask Ukrainian educational institutions to contact the Holodomor Victims Memorial: [email protected], 044 254-45-12.

The National Museum “Holodomor victims Memorial” sincerely thanks the Odessa Museum of Regional History for assistance and partnership in organizing the event.