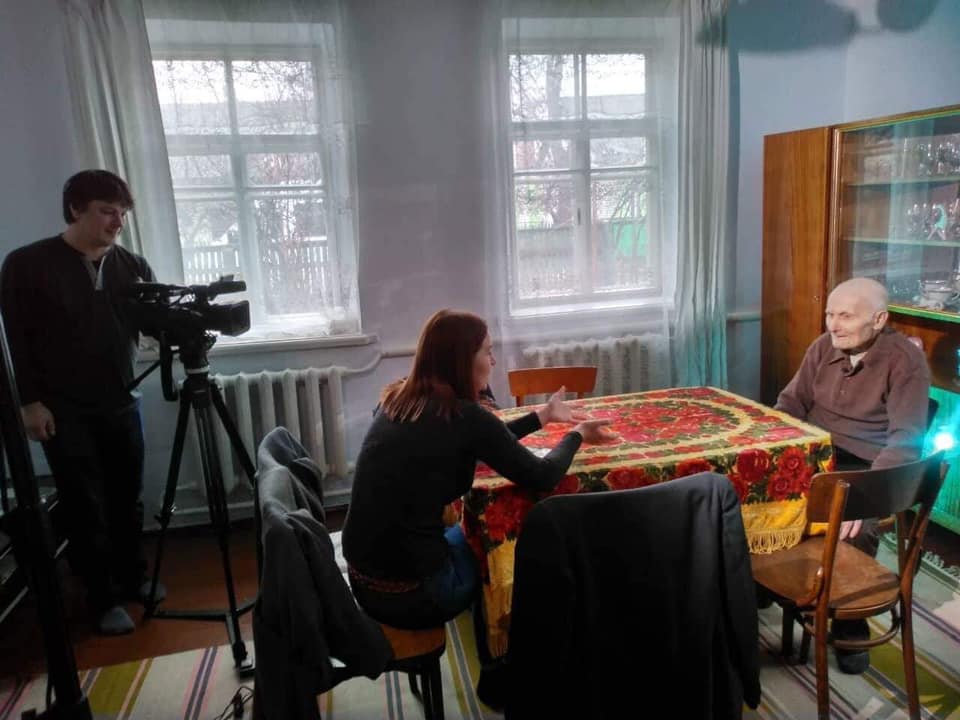 The Ministry of Culture of Ukraine Continued the Work on the Project "Bitter Wormwood. Black Shadow of 1932-1933"

To the 85th anniversary of the Holodomor, the Ministry of Culture of Ukraine together with the National Museum “ Holodomor Victims Memorial” presented the project “Bitter Wormwood. Black Shadow of 1932-1933.” This is a cycle of unique stories of people who witnessed a terrible crime against the Ukrainian people – the 1932-1933 Holodomor, who survived this hell and saw the death. The penetrating narratives of the witnesses are strikingly painful, in their eyes are full of sorrow, and their destinies are a lesson to be learned by modern generations in order to never allow a repeat of this terrible crime against humanity – the Holodomor-genocide.

In 2018, the officials of the Ministry recorded the evidence of about 20 witnesses of the Holodomor, who now live in Kyiv and Cherkasy regions.

In 2019, participants of the expedition recorded witnesses in Vinnytsia region. In the town of Bar, Kovalyshyn Ivan Andriyovych (born in 1926) and Turchyniak Mykhailo Stepanovych (born in 1927) were interviewed.

Each video from the series “Bitter Wormwood. Black Shadow of 1932-1933” is dedicated to one of the witnesses of the Holodomor-Genocide.