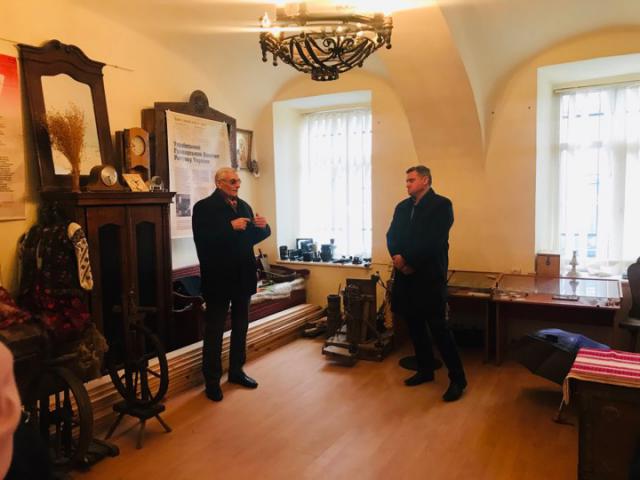 In May 2019, residents of Lviv region will be able to familiarize themselves with mobile exhibitions developed by the National Museum “Holodomor Victims Memorial.”

In July of 1933, in order to save the people from Great Ukraine, the Ukrainian Greek Catholic Church and personally Metropolitan Andrei Sheptytskyi together with the bishops proclaimed the appeal to the believers of the Galician Church Province on the events on the Great Ukraine – “Ukraine in the Convulsions of the Death.” It was heard in the Vatican, Warsaw and around the world. This appeal has become historic. The result of the appeal was the foundation of the Ukrainian Public Committee of the Rescue of Ukraine, which initiated the creation of county and local committees, the collection of documents and memoirs of eyewitnesses of the tragedy, and which is the most important, the announcement on October 29, 1933, the Day of National Mourning and Protest, and also the first in the history Liturgy and Panakhydis for the dead of famine. At the time when the church in Ukraine was torn and silent, the Ukrainian Greek Catholic Church in Halychyna spoke its word and became an institution that was one of the first to rise in order to protect Ukrainians. The main role in this, undoubtedly, was played by the figure of Metropolitan Andrey Sheptytskyi.

We also invite you to visit the village of Davydiv in the Lviv region, where an exhibition “We Were Killed Because We Are Ukrainians” will be exhibited by the end of May.