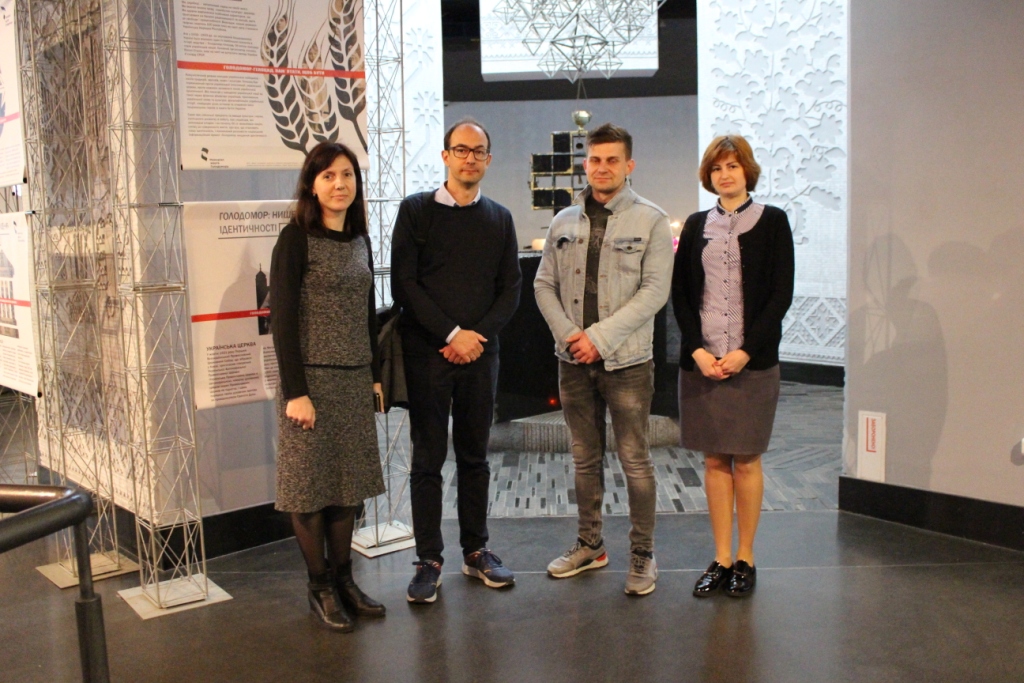 The museum cooperates with Norwegian journalists

On May 2, the correspondent of the Norwegian edition Verdens Gang Steian Eisentroger arrived in Ukraine. He talked with the leading scientist of the museum Volodymyr Serhiychuk, who told him about the socio-demographic aspects of the Holodomor, as well as about the mechanism of genocide in general.

At the same time, with the assistance of the museum’s staff, Steian Eisentroger was able to interview two witnesses to the Holodomor. Oleksii Kryvonos (born in 1926) noted that his parents did not want to join the collective farm, and remained individual farmers. Knowing that there will be confiscations of food, the family managed to hide some grain and potatoes. However, this was not enough for the family of five persons for a long time, so the father of the respondent went to work in Pryluky. However, in winter of 1933, Oleksii Kryvonos with two elder brothers and mother was expelled from the house and banned from returning to his native courtyard…

Halyna Mylko (born in 1925) said that her two brothers and a sister died of starvation. Surviving was extremely difficult.

The next day, on May 3, a Norwegian journalist visited the National Museum “ Holodomor Victims Memorial.” First of all, he was interested in the volumes of the National Book of Memory. The lists of people starved to death deeply impressed the journalist. He copied the census data in details, as well as the Asatkin formula. Steian Eisentroger was shown the photos and documents stored in the museum’s funds. He noticed that he had never heard of the Holodomor in Ukraine. Now, the journalist plans to acquaint the public of the Kingdom of Norway with the history of genocide of Ukrainians. On the pages of the Verdens Gang newspaper, a series of articles on crimes of the Soviet totalitarian regime in the Ukrainian SSR will be published.

In the end, the journalist promised to assist in establishing the cooperation with the National Library of the Kingdom of Norway, which holds archival materials about Fridtjof Nansen, as well as Vidtkun Kvisling.