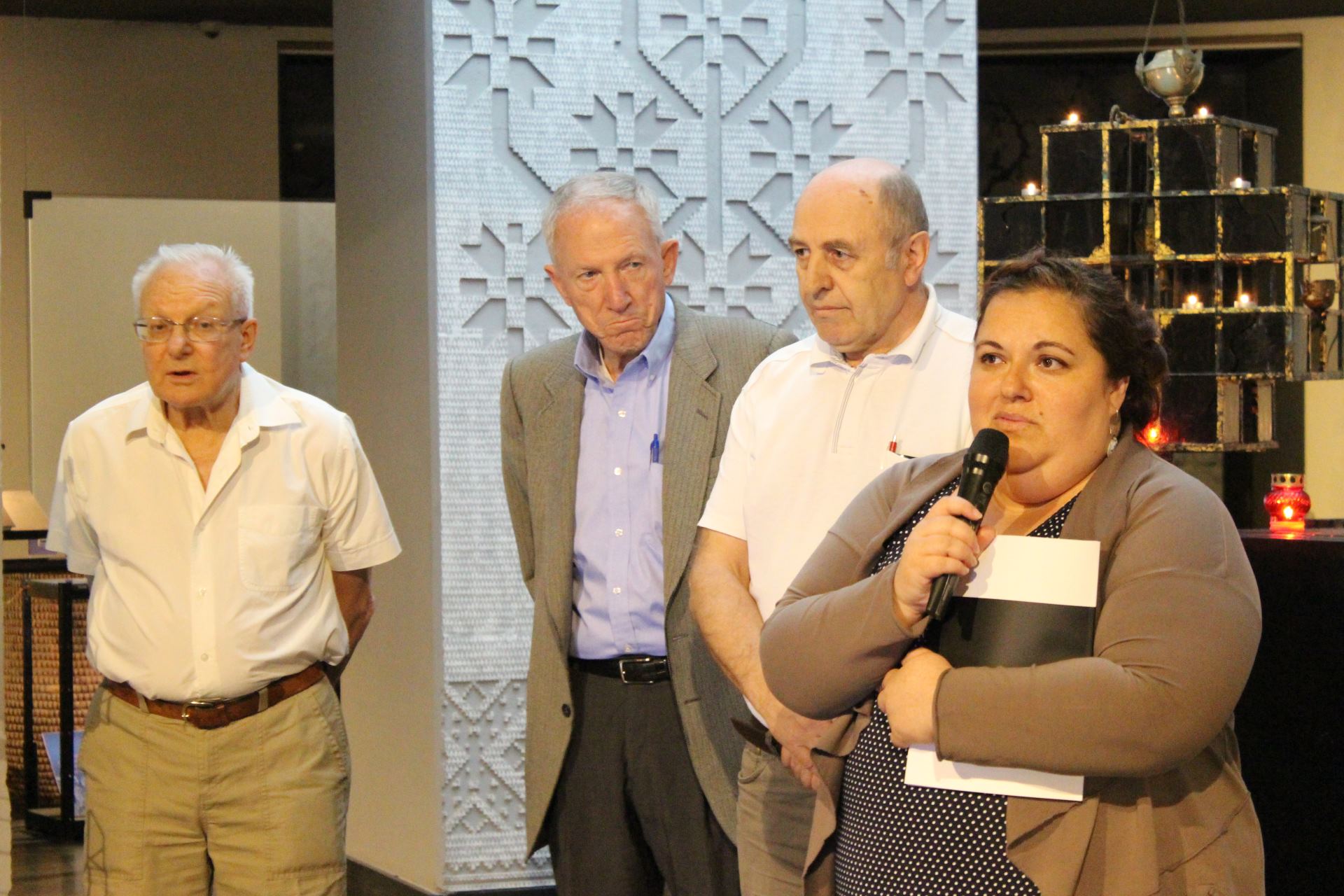 The museum presented the collection of scientific materials

In 2009, the Security Service of Ukraine initiated a criminal investigation into the fact of crime of genocide in Ukraine in 1932-1933. In the investigation participated the court officials, prosecutors and experts: historians, lawyers, medical experts and demographers. A grandiose work was done, the results of which the Ukrainian people had been waiting for more than 50 years. The decision of the Kyiv Court of Appeal from January 13, 2010 became a historical act that confirmed a legal qualification of the Holodomor 1932-1933 in Ukraine as a crime of genocide. However, this is only the first phase. Ukraine must continue the investigation to find out all the circumstances of the genocide and its consequences. After all, in the materials of the criminal case on the fact of committing the crime of genocide in 1932-1933 in Ukraine, the experts noted that the judicial scientific and demographic expertise about the losses of Ukrainian populations a result of genocide, were based only on the materials of the criminal case and did not reflect the complete picture of aggregate and cumulative demographic losses. This work requires further research.

It is necessary to properly inform Ukrainian society about the grave crime of the communist regime against Ukrainian nation. The historical memory should be formed on the basis of facts, not political speculations.

Some changes in this direction were made by the researchers of Holodomor who gathered in Kiev during the International Scientific and Practical conference “Holodomor 1932-1933: losses of Ukrainian Nation” held on October 4, 2016, at the Taras Shevchenko National University of Kyiv.

The resolution of the conference entered the decision of 33 researchers to consider  as scientifically established for today losses from Holodomor-genocide 1932-1933 at least 7 million people – in the Ukrainian SSR and 3million of Ukrainians outside of the Ukrainian SSR: in Kuban, Central Black Earth region, Volga region and in Kazakhstan.

The first deputy director general of the Museum, Lesiya Hassidzak, raised a question about the working group of historians and demographers, which should have been created on the basis of the Ukrainian Institute of National Memory and work on the calculations of Ukraine’s losses from Holodomor. Unfortunately, as of today, work has not been started. On the part of demographers and officials, the total ignorance of cooperation with historians was revealed.

The President of the Ukrainian Holodomor-Genocide Foundation (Chicago, USA), Mykola Kocherga, with support of whom was published the collection of materials, expressed his gratitude to scholars for their work and urged both historians and demographers, to join their efforts in study of Holodomor through compromises; that is necessary in memory of those who died and as a guaranty of such a crime never to be repeated.

Volodymyr Sergiychuk, a professor at the Taras Shevchenko National University of Kyiv, shared information about archival documents revealed by him, which can open new aspects of the Holodomor history. He also drew attention to the question of the psychological consequences of long-term starvation on the human body, which is currently researched insufficiently.

The event was supported by the presence of the Honored Lawyer of Ukraine, Doctor of Law, the Ambassador Extraordinary and Plenipotentiary of Ukraine, from 2006 to 2010 – Ukraine’s representative in the UN Human Rights Council, Volodymyr Vasylenko, who was a member of the Historical and Legal expertise in 2009 during the investigation on the fact of committing genocide. Volodymyr Andriyovych emphasized on the logic of continuation of the investigation, since a large number of people were involved in the implementation of genocide, except for the organizers of the crime. This investigation will be a continuation of the previous one and will give an opportunity to investigate this crime deeply, which is necessary from the point of view of morality, historical justice and the lessons of history.

In his speech, Volodymyr Vasylenko denied a populist statement about overestimating of the number of Holodomor victims in order to match it to the number of Holocaust victims or even to exceed it: “The key for qualification of criminal behavior of genocide crime is not the number of people who were killed, but the intention to destroy a certain group as such, through full or particular eliminating of its members”.

The event was attended by members of the Ptoukha Institute for Demography and Social Studies, Department of monuments’ protection of Khmelnitsky region, museum workers, employees of district libraries of Kyiv and others.

After the presentation, each guest received a copy of the collection of materials as a gift.

For your attention, the Scientific, Educational and Research Institutions can address the museum with an official letter on the issue of getting the collection of materials for their scientific libraries.