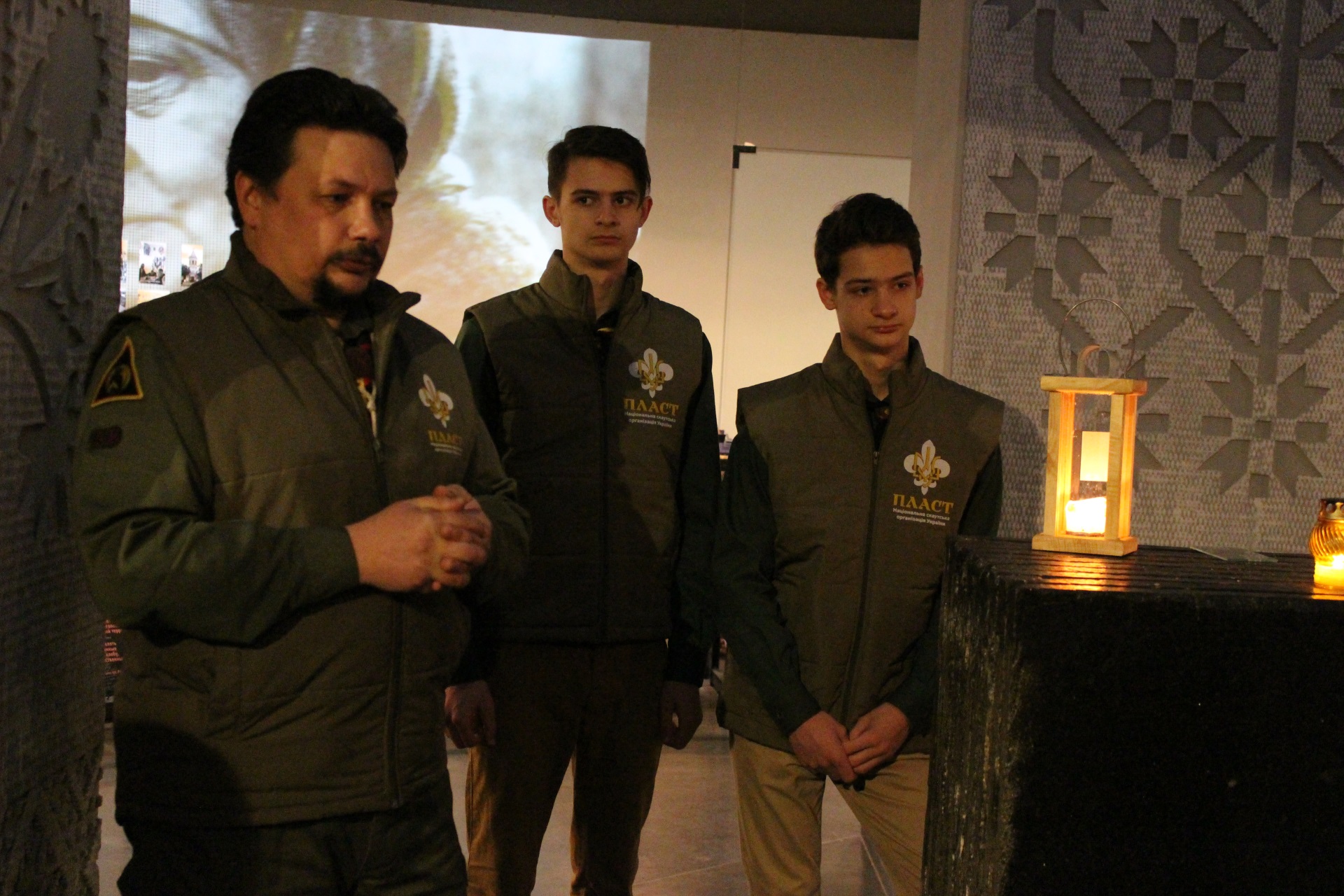 The National Museum Holodomor Victims Memorial on January 4, 2018 solemnly accepted the Peace Light of Bethlehem. The lantern with a fire to the Hall of Memory brought representatives of the Volodymyr the Great Hovel from Ukrainian National Scout Organization “Plast”, after which the Head of the Hovel Dmitry Osipchuk spoke about the history of accepted the Peace Light of Bethlehem and its symbolic significance.

Participation in the spread of the Light has already become a good tradition for our museum. Bethlehem Light overcomes many borders and gets to all who are waiting for the light of warmth, peace, harmony and hope, traveling from west to east, from north to south, crossing the frontiers and uniting Christians before the Birth of Christ.

This year, the Plast has been transmitting Light for the Ukrainian community, churches, cultural institutions, children’s shelters, hospitals and those away from their families the 16th year in a row, so that everyone can feel the warmth of the Bethlehem star.

Everyone could light a lamp with fire, which has already become one of the symbols of Christmas.