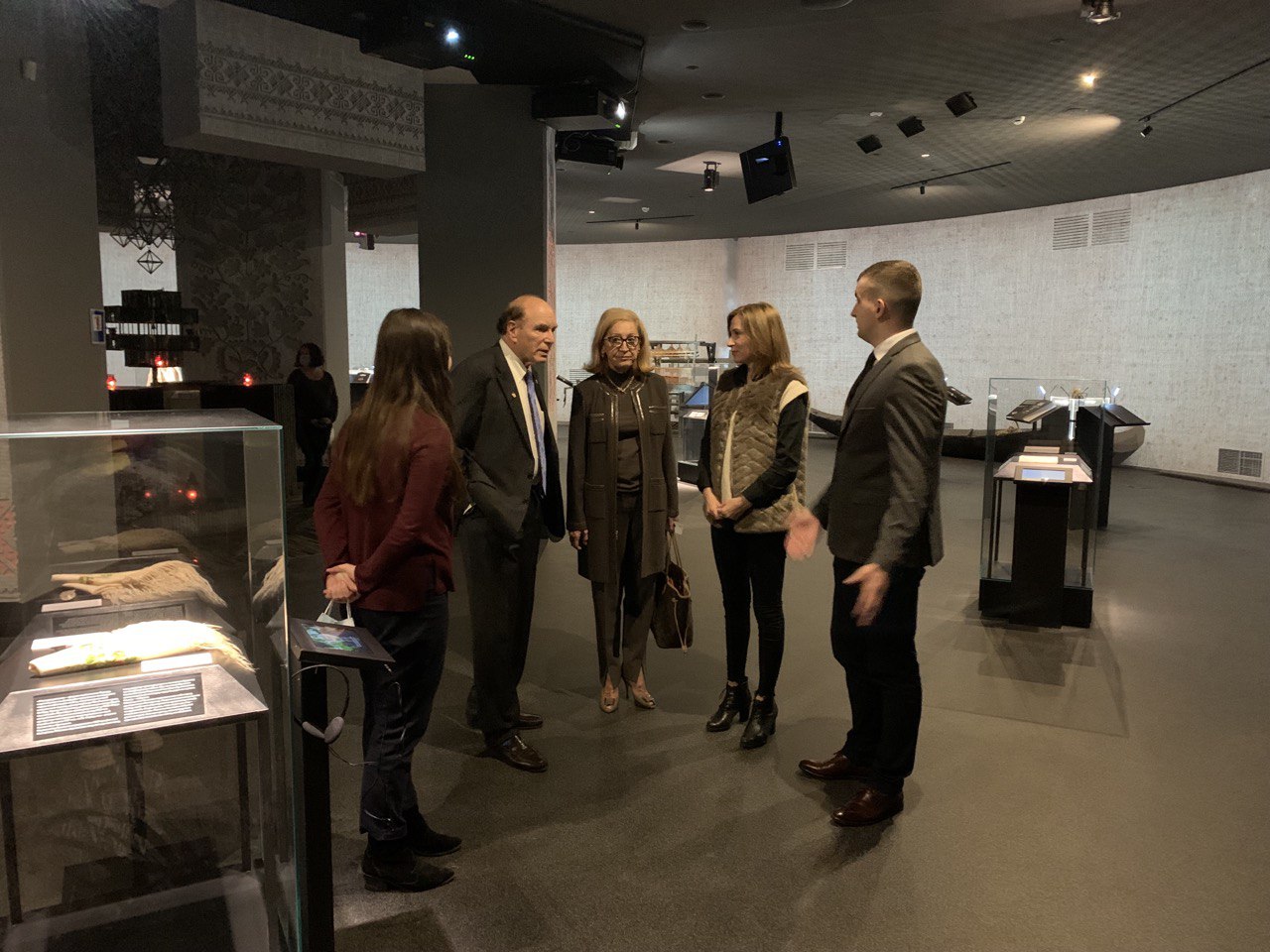 Representatives of the Victims of Communism Memorial Foundation (VOC) from the United States, Donald Lawrence Ritter, and Martha Fedoriv, advisor to VOC leader Andrew P. Bremberg, visited the National Museum of the Holodomor Genocide. They got acquainted with the exposition of the Museum and met with the General Director Olesia Stasiuk.

“Very few people in the United States know about the crime of communism because there was no such thing, so people have no idea about its scale,” said Donald Lawrence Ritter. – And Ukraine is a country that has survived the greatest crimes of the communist regime. And the world needs to know about it. ” Mr. Ritter said a museum was being built in Washington to tell about the crimes of communism. Therefore, the experience of the Ukrainian Holodomor Museum is extremely appealing to them, so the parties exchanged contacts for further cooperation.

Finally, the Director General of the Museum Olesia Stasiuk presented books about the Holodomor genocide in Ukraine.

Donald Lawrence Ritter is a Republican member of the U.S. House of Representatives.

The Victims of Communism Memorial Foundation (VOC) is an educational, research, and human rights nonprofit organization devoted to commemorating the more than 100 million victims of communism around the world and to pursuing the freedom of those still living under totalitarian regimes.