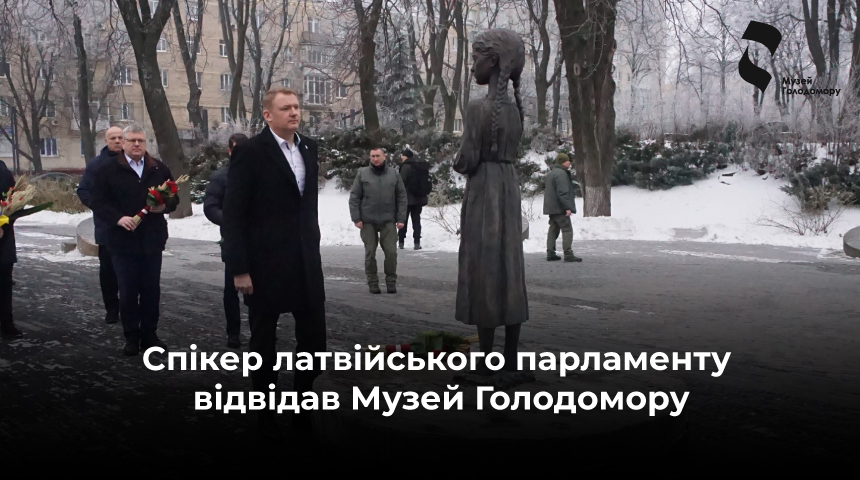 The Speaker of the Latvian Parliament visited the Holodomor Museum

The guests honoured the memory of Ukrainians killed by hunger near the sculpture “Bitter Memory of Childhood” by placing symbolic compositions of ears of grain and flowers. After that, they lit candles at the Altar of the Memorial Hall of the Museum. Members of the delegation listened to an excursion about the Holodomor genocide, its causes and consequences, and analogies with the current genocide of Ukrainians carried out by the aggressor country Russia. The guests received thematic literature as a gift from the Holodomor Museum.

Let us remind you that Latvia recognized the Holodomor as an act of genocide against Ukrainians in 2008. The parliamentarians of the Republic of Latvia did not hesitate to recognize the current aggressive actions of the Russian Federation in Ukraine as genocide in April 2022.