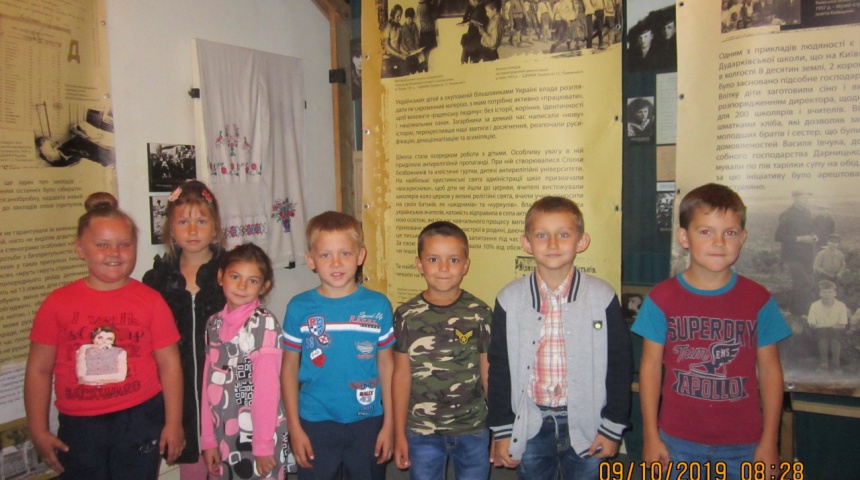 During September, a movable banner exhibition of the National Holodomor-Genocide Museum was on display in the Prykolotne Museum of the Hero of the Soviet Union, K. F. Olshanskyi (Kharkiv Region). It was the most interesting for young and middle school children, who were invited to the museum by their teachers. The exhibition, which tells the story of the fate of a child during the 1932–33 Holodomor-Genocide, was accessible to the smallest audience, because it deals with things understandable for them – their peers, families and family relations, which were destroyed by the planned Soviet policy. We hope that the knowledge gained by children at such a young age will allow them to remain human and compassionate in the future.

Recall that the exhibition was displayed within the framework of the project “Exhibitions on the Holodomor in the regions of Ukraine”. You can find out about the terms of the exhibition transer and book it to your museum by calling (044) 254-45-12.