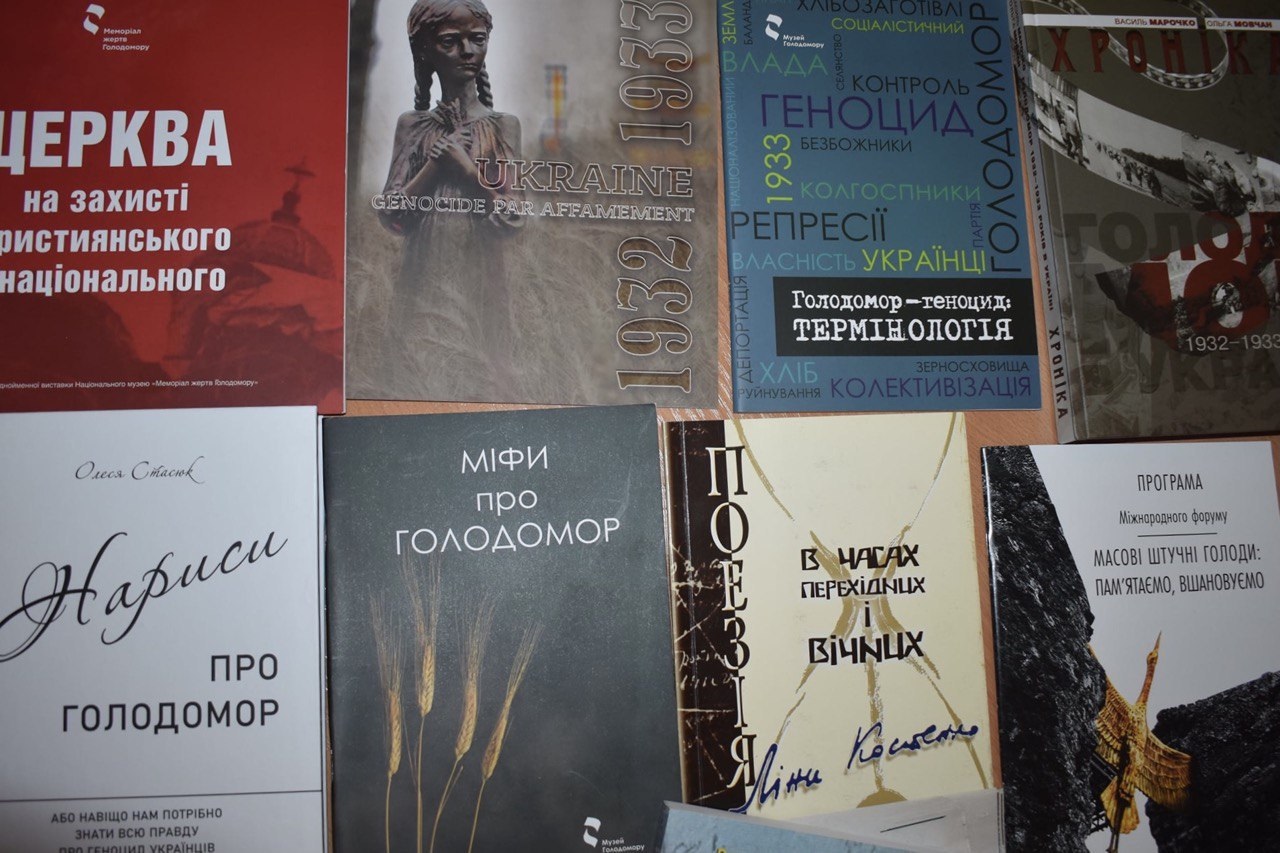 The “Struggle for consciousness” continues: the Holodomor Museum is appreciated for its books

The National Museum of the Holodomor Genocide received a thankful letter from the Scientific and Technical Library of the Dnipro Polytechnic National Technical University. In the letter, the Director of the institution Hennadiy Onyshchenko expresses his gratitude to the Holodomor Museum and the Director General Olesia Stasiuk for the printed publications that the university library received as a part of the Struggle for Consciousness program.

The Holodomor Museum and the library have been cooperating since 2018.

The university library emphasizes that these books play an essential role in shaping the worldview of young people. “Using these studies, the library staff organizes events among students which play an important role in the civic education of the younger generation, forming an awareness of the need to preserve the Ukrainian state as one of the main ways to protect against genocide,” the letter says.

The museum and the library remain essential bridges between the past and the present. According to the letter, “together with the Museum, the library acts as a mediator in the process of transmitting memories and information about the Holodomor,” and “it cultivates respect for victims’ memories, empathy, and reconsidering their views on life, which is of the highest value, demonstrating the connection of generations of Ukrainians, and preserving the memory of the attempt to destroy it.”

Let us remind that teachers can receive the textbook “The Holodomor of 1932-1933 – the genocide of the Ukrainian nation”, published by our Museum, free of charge. Just in December 2021, we sent publications to 450 schools. If you would like to receive a manual for your school, please register at the link.