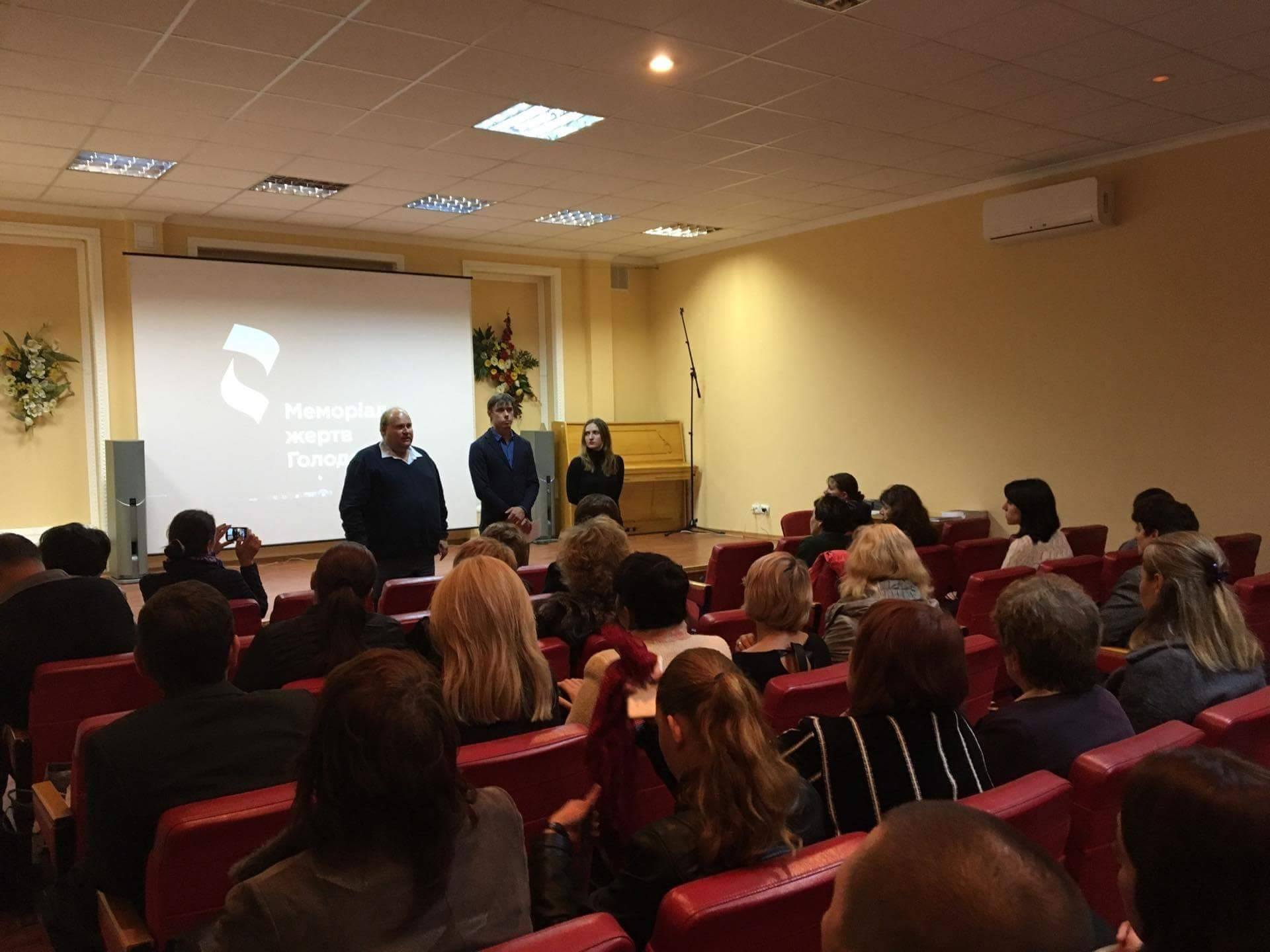 The teachers of Zaporizhia received an educational film about the Holodomor

The National Museum “Holodomor Victims’ Memorial” continues the project on the distribution of an educational film among schools in Ukraine which will help teachers to explain the topic of the genocide of Ukrainians – the Holodomor of 1932-1933 for schoolchildren. Thus, on October 5, 2017, teachers of history in schools, teachers of higher educational institutions, museum workers of Zaporizhia region, who gathered in Zaporizhzhia Regional Museum, saw the film. After the showcase and discussion, each teacher received a copy of the film as a present.

The educational film “Covering the Holodomor: Memory Eternal” raises questions of the responsibility of the press in illuminating or concealing crimes. The film answers the question: Why the Holodomor has been unknown in the world for so long. The film was created by the Canadian Museum for Human Rights and the National Museum “Holodomor Victims Memorial”, with a focus on the school audience. During October 2017, the possibility to receive a film, as well as to hear about the activities of the National Museum “Holodomor Victims” Memorial” had the teachers of Poltava, Kharkiv, Odesa, Mykolaiv, Dnipro regions, and even earlier – Lviv.

Already on October 18, 2017, a meeting with educators of Chernigiv region will take place on the basis of Chernihiv Historical Museum named after V. Tarnovsky. Similar presentations are planned in Kramatorsk in the Donetsk region and Siverodonetsk (Luhansk region).

Those Ukrainian educational institutions which want to receive a CD with a film please contact the Holodomor Victims Memorial: [email protected] , 044 254-45-12.