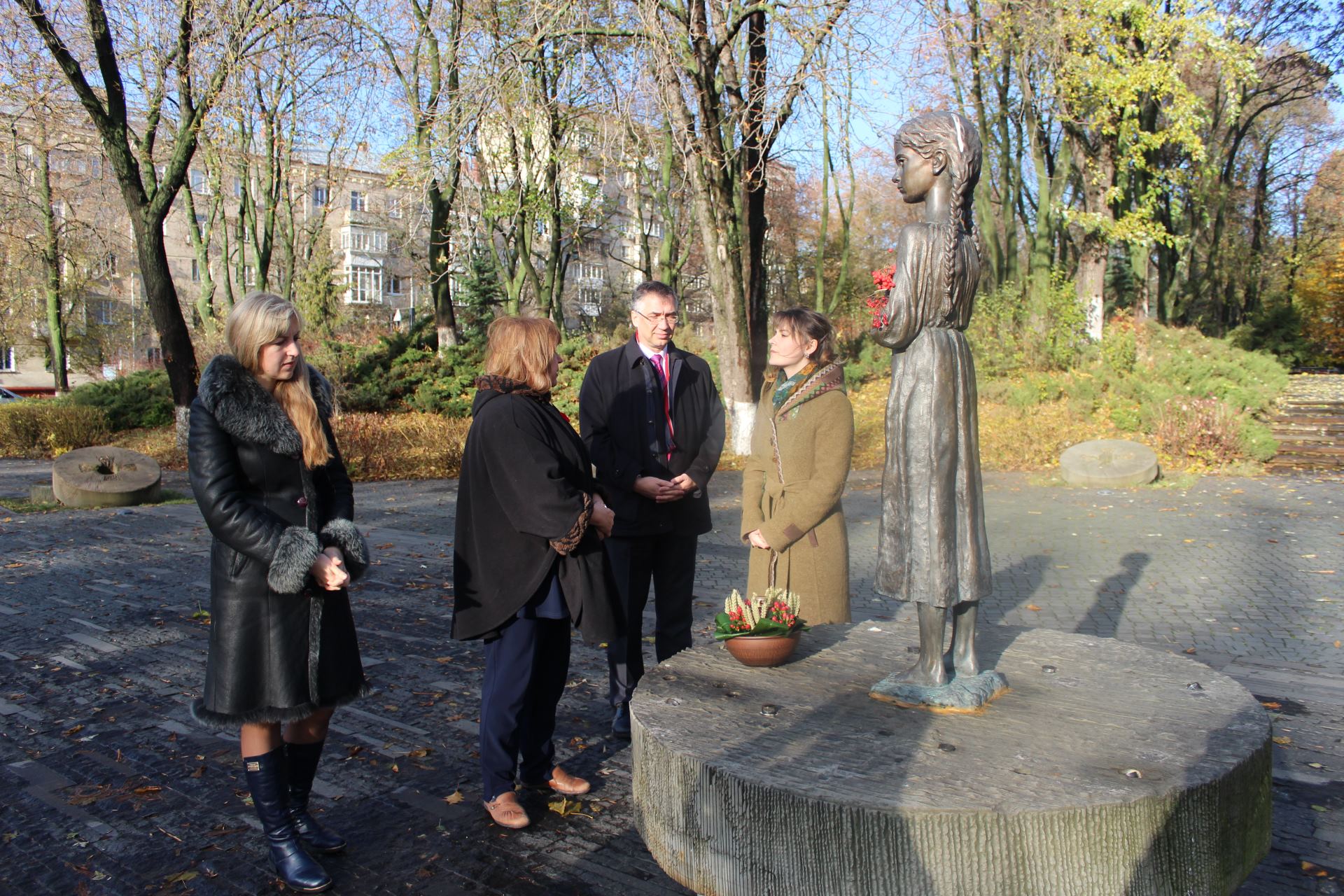 The visit of Marien Mihychuk

On November 3, 2016 National Museum “Holodomor victims’ Memorial” was visited by MaryAnn Mihychuk, Minister of Employment, Workforce Development and Labour in the government of Canada and Roman Washchuk, Ambassador of Canada to Ukraine.

After listening to a tour of the genocide of the Ukrainian nation, M. Mihychuk inspected art project “163”, which shows the extent of losses from Ukraine Famine. The Minister reviewed the list of victims of the Holodomor, documentary exhibition on the organization of Ukrainian genocide. She noted the importance of informing the world about the great crimes of the Soviet regime that killed millions of people and necessity of the widest possible of recognition the Holodomor as genocide.

Mihychuk expressed support for the Ukrainian people from Canada. A nation that survived genocide and preserved national identity must defend its independence.

The delegation of Canada completed a visit to honor the memory of millions of Ukrainian lighting candles on the Altar of memory.