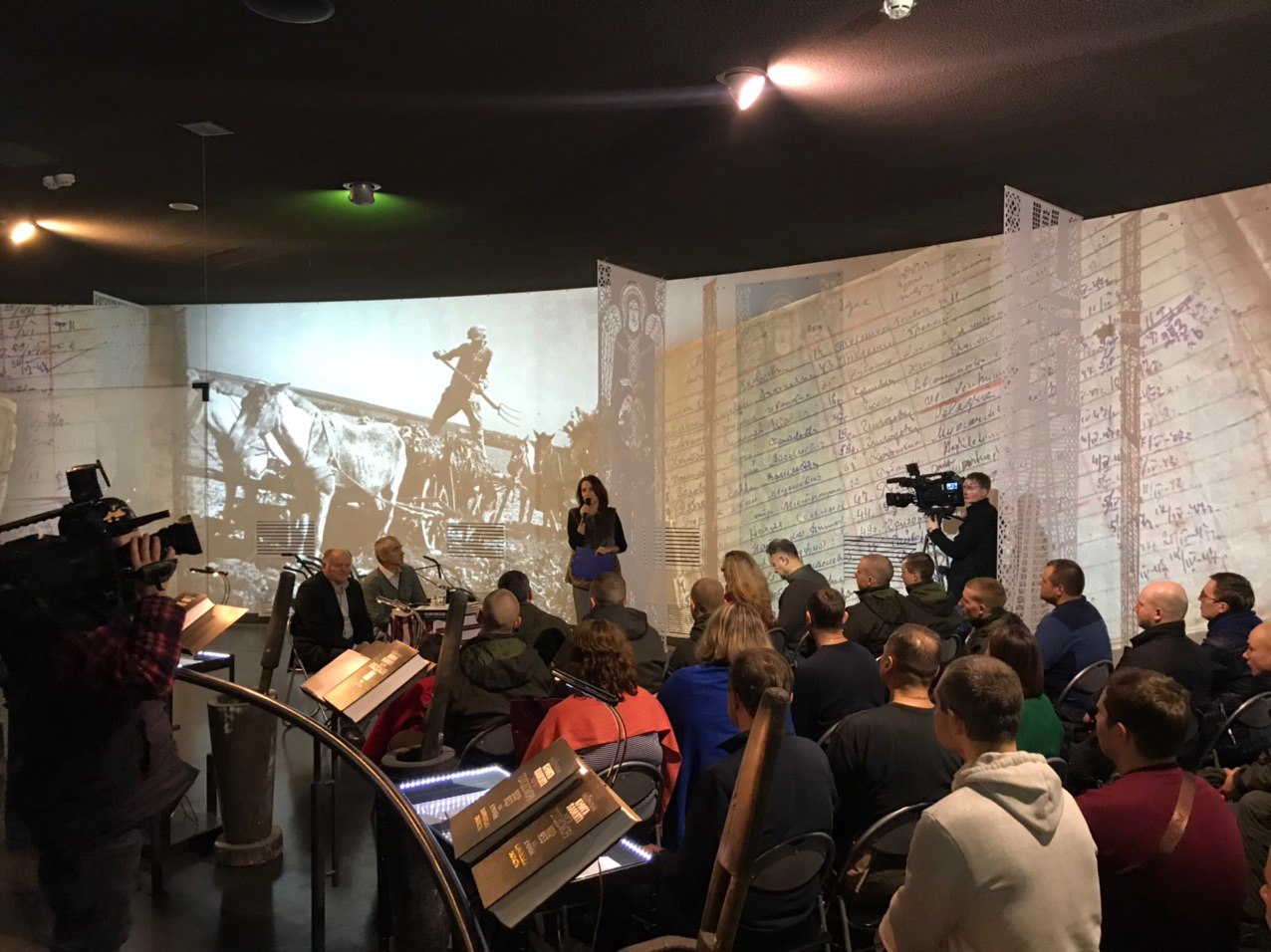 Transfer of Unique Medical Documents to the Museum Funds

On December 21, 2019, Oleh Kalyniak, a physician at the Rubanka Hospital for General Practice and Family Medicine of the Bakhmach District of Chernihiv Region, submitted unique and historically important medical documents to the Holodomor Museum.

In the archives of the Rubanka hospital, he discovered the medical journal of 1946–1947. This journal reports high mortality rates from mass artificial famine in Bakhmach district villages. It was forbidden to note the cause of death as famine. That is why physician Pavlo Hnylytskyi, while pointing out the symptoms with which the person came to the hospital, put a special mark in the separate box – F-11. The critical number of such marks falls on March–August of 1947, the peak of mass artificial famine.This way the doctor secretly labeled the deaths from starvation because it was forbidden to speak openly about the causes of death. Such documents are direct evidence of the crime of the totalitarian regime.

At that time, doctors at the Rubanka hospital were Ivan Pustovoit and Nadiia Pustovoit. They obviously knew about these medical journals and kept them, understanding the importance of this information for future generations.

Olesia Stasiuk, Director General of the National Museum of the Holodomor-Genocide, noted: “To cover the mass artificial famine of 1946–1947, many labels used by the Soviet authorities: post-war famine, temporary difficulties, and so on. But it should be recalled that the policy of the USSR against the Ukrainian people was genocidal throughout its existence. This is confirmed by oral history sources. The book Famine of 1946–1947 in Ukraine: Collective Memory, which illustrates all the reality of those years, was recently published. Her compiler is Doctor of Historical Sciences, Leading Researcher at the Holodomor Research Institute Vasyl Marochko.”

Vasyl Marochko in his speech presented an edition containing thousands of memories about the mass artificial famine of 1946–1947. Most of the testimonies were collected by Ukrainian researcher and historian Oleksandra Veselova. It should be noted that next year the Holodomor Museum will initiate the renaming of one of the streets of Kyiv to honor the memory of this prominent scholar.

Historian Rostyslav Martyniuk noted: “The Communists deliberately destroyed all the documents in order to conceal the crimes they committed. The journals transmitted to the Holodomor Museum today could have cost for people their lives. People were punished for storing anti-Soviet materials in various ways: from firing to exile to concentration camps. However, the brave doctors kept these documents. Hospital staff have developed their own label to mark starvation deaths and kept journals for 73 years, which is why it is so important to bring them to the museum today.”

Olesia Stasiuk, summarizing the speeches of the guests, emphasized the importance of restoring historical memory and asked visitors of the museum and readers of the site to submit objects or documents related to mass artificial famines and the Holodomor of 1932–1933 to the Museum.

Nowadays, the medical documents discovered and brought by Oleh Kalyniak have been transferred to the museum funds for permanent storage.