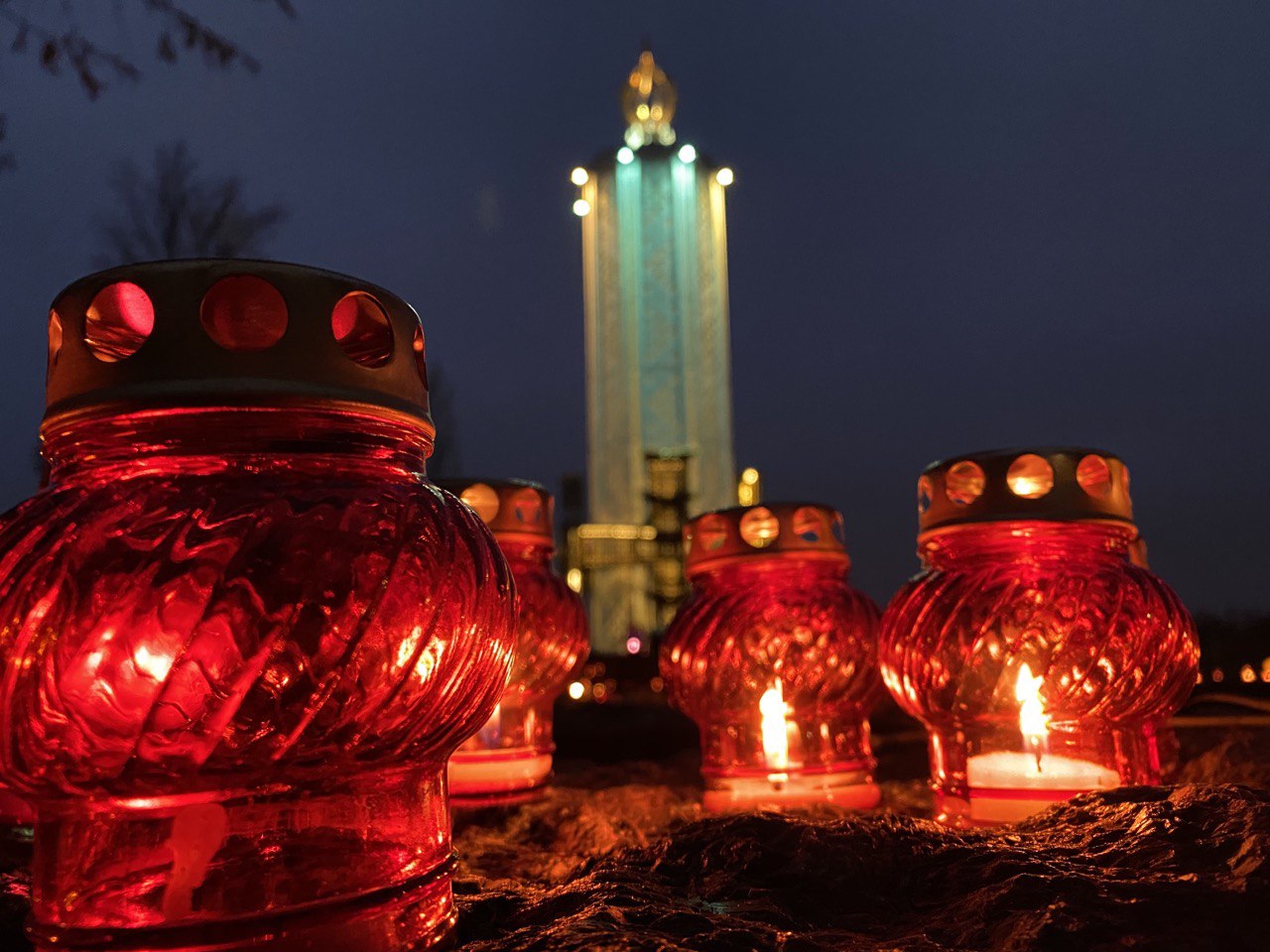 The fourth Saturday of November unites Ukrainians through a common past. This year, Ukraine and the world honored the innocent victims of the Holodomor genocide on November 28.

On this day, the President appealed to citizens to light candles in memory of the millions of Ukrainians killed by starvation.

The Orthodox Church of Ukraine, led by Metropolitan Epiphanius of Kyiv and All Ukraine, and the Ukrainian Greek Catholic Church, led by His Beatitude Metropolitan Sviatoslav of Kyiv, held a memorial service in memory of the millions of victims of the Holodomor genocide.

Dozens of people visited the Holodomor Museum during the day to honor the memory of those killed by the famine and light candles.

The international campaign was also supported by people from all over the world. On many windowsills candles were burning today.

The Holodomor Museum has launched a PSA campaign dedicated to the 87th anniversary of the Holodomor genocide. The visuals were created by the famous Ukrainian club of illustrators Pictoric. 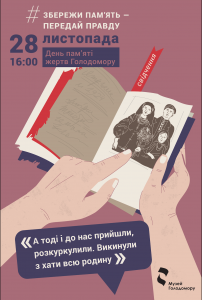 Public service announcement campaign calls to preserve the memory of one’s relatives and the crime of genocide of the Ukrainian nation by handing the recorded testimonies, old photos, family relics over for the exposition of the second part of the Holodomor Museum.

The main slogans of this year’s information campaign are

Save the memory—transfer the truth

Save the memory—donate to the Museum

“In our PSA, we emphasize that every Ukrainian can join in preserving the memory and truth about the Holodomor, about the crime of genocide of the Ukrainian nation,” Olesia Stasiuk, director general of the National Museum of the Holodomor-Genocide said.

Traditionally, at 4 p.m., we lit candles in the windows of our homes or near memorials to the victims of the Holodomor genocide throughout Ukraine and abroad. This is an international action “Candle in the Window”, initiated in 2003 by Holodomor researcher James Mace.

The Holodomor (from the phrase “kill be famine”) is the proper name for the genocide of Ukrainians committed by the totalitarian communist regime in 1932–33.

For decades, the USSR itself has banned the memory of Holodomor victims—no public talks, no commemoration of innocent victims. We now have the opportunity to speak and spread the truth so that this crime will never happen again.

This year, the Holodomor Museum initiated the “Save the Memory—Transfer the Truth” campaign. It has been 87 years since the crime was committed, and photos, family belongings and stories are being erased. To preserve the history of your family forever, tell the story of your family, write down the testimony of your grandparents, explore the family photo archive and relics, and transfer them to the museum. To share stories and family memories, email [email protected]