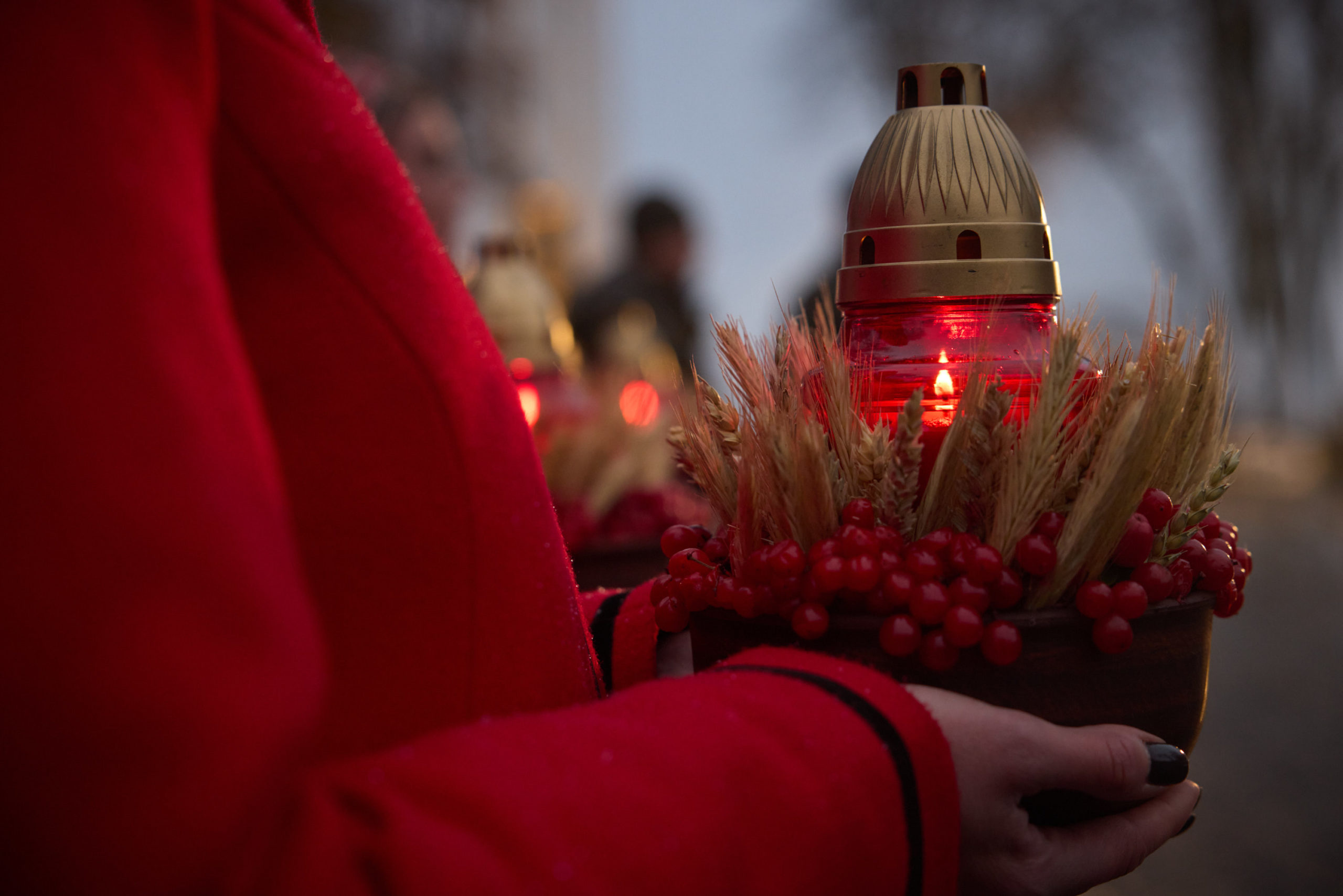 Ukraine commemorated the 90th anniversary of the Holodomor genocide

Today, November 26, the entire civilized world commemorates the 90th anniversary of the Holodomor of 1932-1933 and honours the memory of millions of Ukrainians who died from the famine organized and committed by the communist totalitarian regime.

This year, this day acquired new meanings and symbols because the unconvicted crime of genocide found its continuation in Russia’s modern war against Ukraine. Despite the change in the name of the state and its leaders, Moscow’s criminal intentions towards Ukraine have not changed: 90 years ago, the communist regime, to subjugate and colonize the Ukrainian state, resorted to the most terrible crime against humanity – genocide, the policy of which the world is observing in the modern war.

“Regretfully, in history it happened that when we lost our statehood, the northern aggressor exterminated our people. The same is happening today, – emphasized the head of the Ukrainian Greek-Catholic Church His Beatitude Sviatoslav, who led the joint memorial service of priests of the UGCC and OCU near the Holodomor Museum. — The enemy tells us to surrender our state. However, we understand that by losing our statehood, we again become victims of genocide. Then Stalin’s killers turnedfamine into the cheapest and cruelest weapon of mass destruction, and today their descendants want to turn cold into such a weapon against Ukraine again.”

Volodymyr and Olena Zelensky, with the heads of foreign delegations, walked through the central alley of the memorial complex and set up spike compositions with lighted lamps in front of the sculpture “Bitter Memory of Childhood”. Those present honoured the memory of the victims with a national minute of silence.

After that, the President of Ukraine and the First Lady, together with foreign guests, visited the Museum’s exposition, in particular, the exhibition “Leica that saw the Holodomor”.

In his address to the nation, Volodymyr Zelensky emphasized that never again should hunger be used as a weapon: “Ukrainians have gone through genocide. And today we are doing everything possible and impossible to stop Russia’s new genocidal policy. A new one, but so similar to the one that killed millions of people in the 20th century. And we don’t just fight back against aggression. Step by step, we are creating a system that will stop aggression, dismantle its consequences and guarantee long-term security – the security of Ukraine, all of Europe and the world.”

He added that “this afternoon, the enemy launched a missile attack on Dnipropetrovsk region – on the private sector, on ordinary houses. There are wounded. They shelled Donetsk region, the south, other regions.”

“Russia is turning this day – the day of remembrance – into a day of terror. The occupiers will definitely be responsible for all this. And we will drive them out of our land,” Volodymyr Zelensky expressed confidence.

Finally, he called on all Ukrainians to “honour the memory of Ukrainian men and women, children and adults, whose lives were taken by the Holodomor-genocide.”

At 4:00 p.m., all of Ukraine could join the joint all-Ukrainian mourning action by lighting a memorial candle in their window.

And even during this hard wartime, people continued to visit our Museum all evening. They left hundreds of lamps, bouquets of flowers, and ears of grain, bread, apples, and children’s toys – what visitors usually bring to our “Oksanka”. We have not forgotten anything, we remember, and this memory makes us stronger!

Eternal respect to the dead… Strength and faith to the living!

Photo – press service of the President of Ukraine and UGCC.