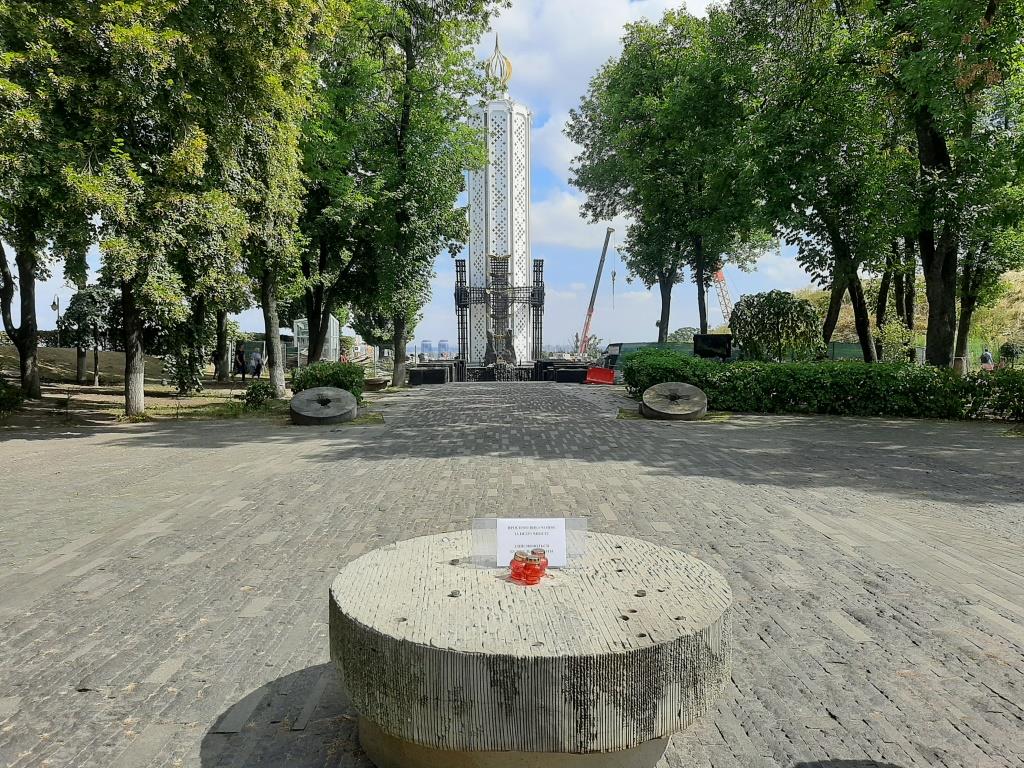 On the night of August 21-22, an act of vandalism was committed against the sculpture “Bitter Memory of Childhood” on the territory of the National Museum of the Holodomor-Genocide.

Currently, one of the main symbols of the Museum has been dismantled for restoration.

The management of the Museum informs in advance: there are no damage was done to the sculpture. The National Museum of the Holodomor-Genocide will do everything possible to return the sculpture in the near future.

Olesia Stasiuk, director general of the Holodomor Museum, said: “The nation’s culture is built on the foundations of historical memory. The memory of the Holodomor is a part of the history of every Ukrainian, which we have no right to forget in order to have sustainable future. What was done today to the Bitter Memory of Childhood sculpture is an unacceptable act of insulting the memory of an entire nation. We will do everything possible to get the ‘Girl’ back to the museum’s exposition as soon as possible.”

Police are currently working at the crime scene.