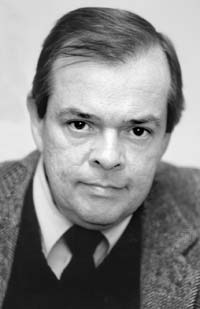 Today is 15 years since the tragic death of the famous American researcher of the Holodomor, James Mace.

Having learned about the events that unfolded on the territory of Ukraine in 1932–1933, James Mace chose the only way for him – the search for the truth about the crimes of totalitarianism. In his writings, the researcher advocated the artificial and anti-Ukrainian character of the Holodomor. He questioned witnesses, analyzed archival and statistical data in order to systematically and comprehensively show the mechanism of genocide of the Ukrainians.

James Mace worked at the Ukrainian Studies Institute at Harvard University. To carry out one of the large-scale scientific projects, the Institute looked for a competent researcher without Ukrainian ethnicity. This was Mace, and in 1981 he was invited to create a fundamental book on the extermination of Ukrainians, which later became known as the “Harvest of Sorrow: Soviet Collectivization and the Holodomor.” In the preface, Robert Conquest, the author of the book, noted the contribution of Dr. James Mace to the research and analysis of the topic. In fact, Mace was the co-author of the book.

James Mace paved the way for the discovery of a long-silenced historical truth. In 1982, during the International Conference in Tel Aviv, he first qualified the artificial famine in Ukraine, which “took from 5 to 7 million human lives” as genocide aimed to destroy the Ukrainian nation. James Mace wrote: “In order to centralize power in the hands of Stalin, it was necessary to destroy the Ukrainian peasantry, the Ukrainian intelligentsia, the Ukrainian language, Ukrainian history in the understanding of the people, to destroy Ukraine as such. The calculation is very simple and extremely primitive: if there is no people, there is no separate country, and, as a result, there are no problems. “

In 1983, James Mace defended his doctoral dissertation on “Communism and the Dilemmas of National Liberation: National Communism in Soviet Ukraine 1918–1933”.

During 1986–90, Mace headed the US Congress Commission on Ukraine Famine. The Commission’s report, written mainly by him, contained the consequence: “Joseph Stalin and those around him committed genocide against Ukrainians in 1932–1933”. Indecent in his scientific beliefs but tolerant in discussions, James Mace always led one line in all his speeches. Thus, international recognition of historical truth began, and a three-volume publication of testimonies of Ukrainian emigrants who survived the Holodomor restored the details of the crime of the Stalinist regime against Ukrainians.

Personally, James Mace met Ukraine in 1990. And after three years, he stayed here forever. Observing closely the course of social and political processes in Ukraine, reflecting on the future of the newborn country, Mace gradually realized that without studying their history, Ukrainians would not be able to overcome the traumas of the past.

Teaching political science at the Kyiv-Mohyla Academy, he brought up a new generation of Ukrainian youth, on which he had high hopes. On the pages of the newspaper “Day” he argued that Ukrainian historians exaggerated the role of economic factor and underestimated the main –national while speaking of the crime of the Stalinist regime. He did not agree with those historians and politicians who refused to recognize, first, the terrible number of victims of the communist experiment, and, second, to establish those responsible for the crime.

As a world-known leading expert on the Holodomor, Mace was Ukraine’s main representative on the international scene. In 2003, being seriously ill, he spoke at the UN headquarters, at international conferences in New York, in Sorbonne, at a symposium in Vicenza.

In 2003, James Mace’s dreams began to be realized, as in Ukraine, the state recognition of the Holodomor as a genocide of the Ukrainian people was starting. However, a year later, a serious illness took away the life of an American with a Ukrainian soul…