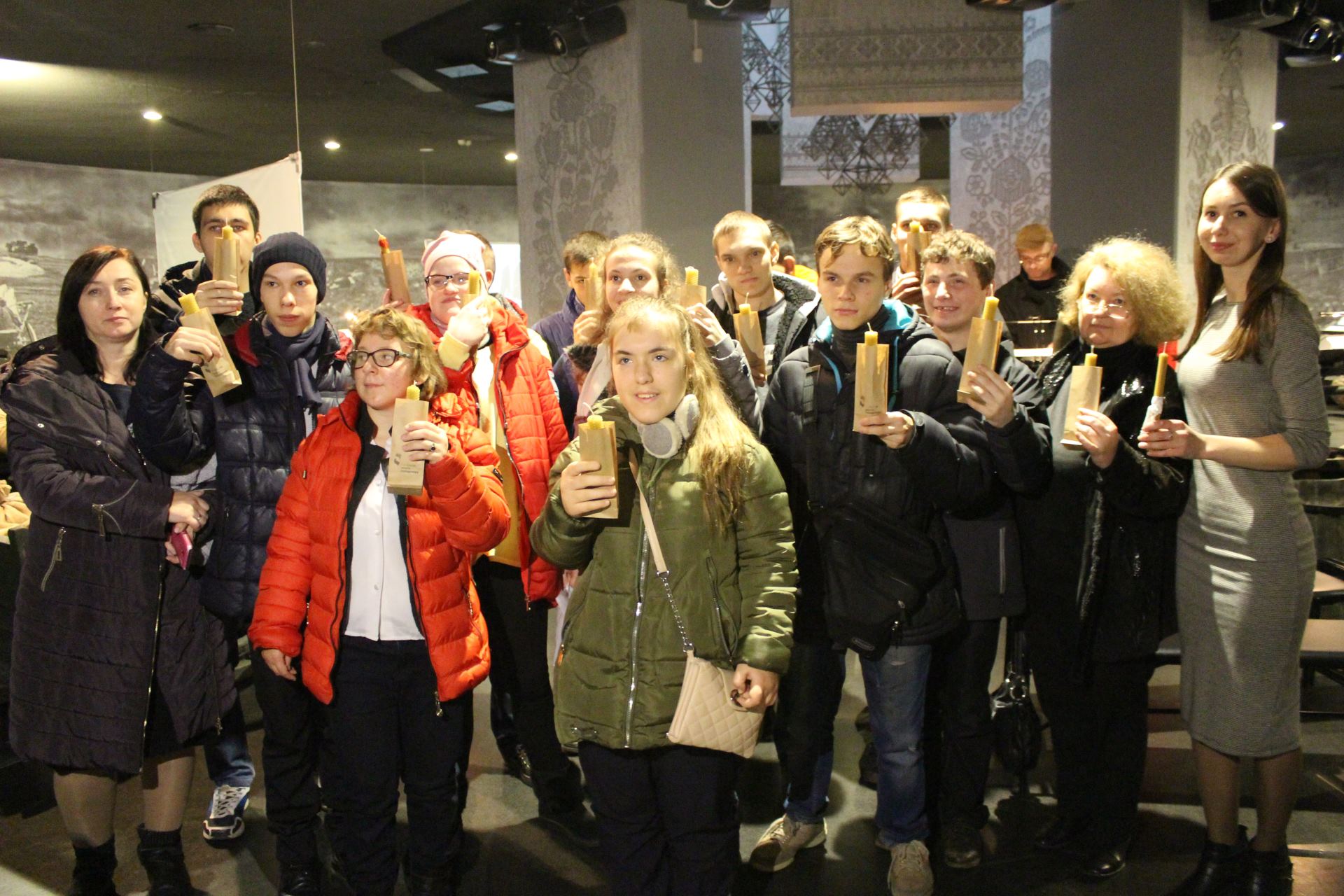 The range of educational projects of the National Museum “Holodomor Victims Memorial” has been replenished with a candle making workshop. From now on, all those from 10 to 100 years old who have a wish have the opportunity to develop this skill with the assistance of museum workers, as well as to learn more about the role and meaning of candles in the traditional Ukrainian culture, about the candle, as a symbol of the museum and the tradition of commemorating millions of Ukrainians, who were starved to death during the years of genocide of Ukrainians – the Holodomor of 1932-1933.

The idea is that the candle made at the workshop will be lit by children and their families and put on the windowsill at 16.00 at the Holodomor Victims Remembrance Day on the fourth Saturday of November (this year it falls on November 25th). This tradition is an element of All-Ukrainian action “Light a Candle”, which was established by American historian and researcher of the genocide of Ukrainians James Mace more than 10 years ago. The aim of the action – to commemorate more than 7 million Ukrainians, who didn’t have any commemorative and funeral ceremonies, and also to unite Ukrainians of the whole world in mutual memory, so that the knowledge would not let the similar crime happen in the future again.

On the 7th of November, 2017, the members of the workshop “Let’s not extinguish a candle of memory” became the students of 9-10 grades of the specialized boarding school №15 of Sviatoshyno district of Kyiv.

The informative lecture from the museum’s scientific assistance was a preamble and then, under the direction of Olha Vyhodovanets, they made candles from wax and decorated them.

We invite all those who want to participate in the workshop “Let’s not extinguish a candle of memory”. To sign in for participation, please, call (044) 254-45-11.

For more information on the workshop and other interactive lessons offered by the museum, please visit the museum’s page.