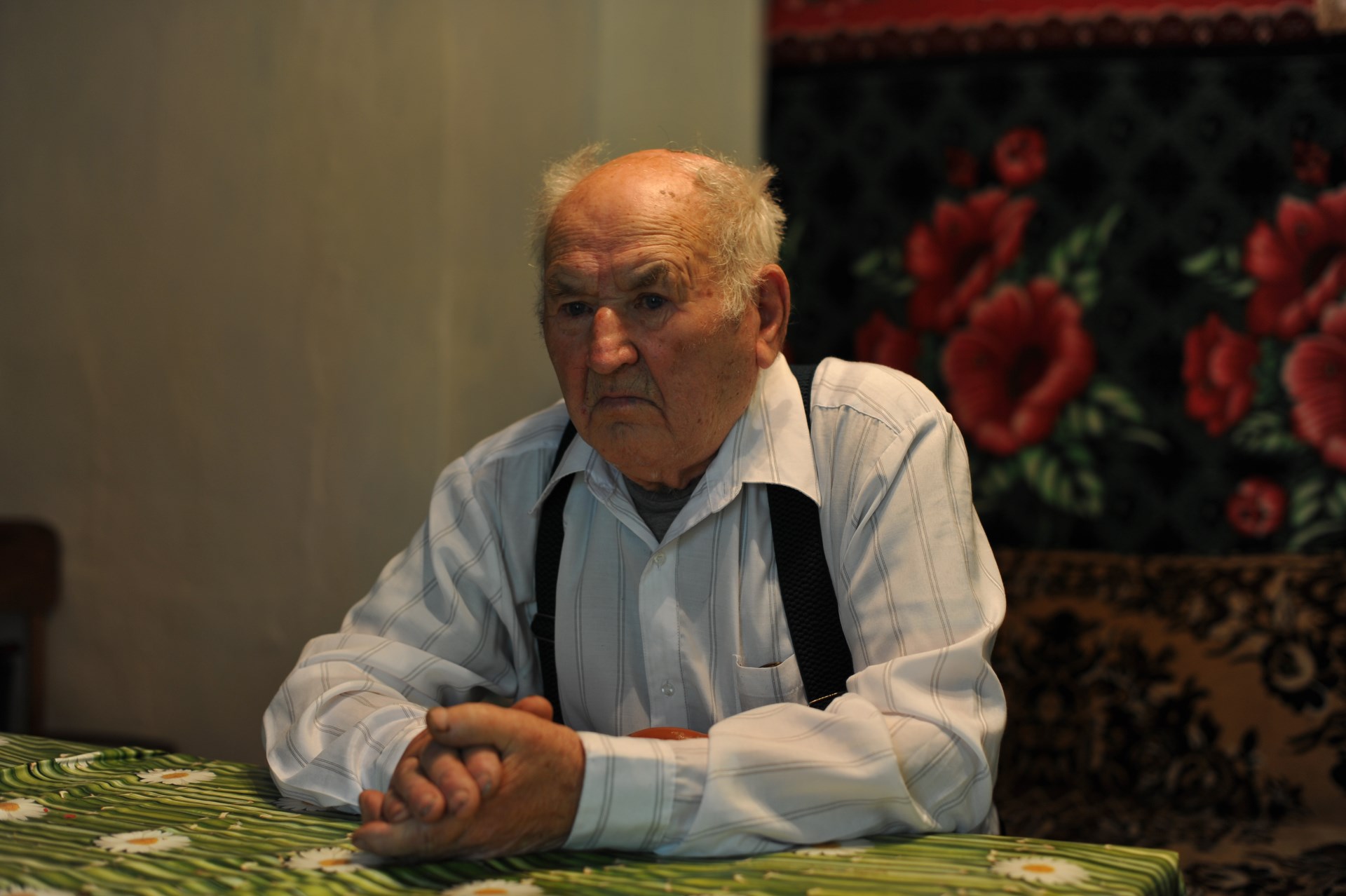 Zinoviy Maslo: "We are few, we are weak, old, but we can not remain silent when the truth about the Holodomor is distorted"

A memorable letter from Zinovii Ivanovich Masl came to the address of the Holodomor Victims Memorial Museum. He was born on June 8, 1922 in the village of North of the Fastiv district of the Kyiv region, where he was a teenager and suffered from the Holodomor. Fortunately, he survived, but lost the members of the family, friends, neighbors. Zinoviy Maslo preserved the memory and pain of loved ones and acquaintances. He always shared his memories with us during our expeditionary visits and with visitors to the museum. His history and testimony concerning the genocide of Ukrainians were included in the museum exhibition “The Watchers of Truth”.

Dear employees of the National Museum of Holodomor Victims!

I want to thank your team for the great work of preserving the memory of the great tragedy of Ukraine in 1932-33 and efforts to restore the historical truth.

After participating in an international conference on the 1932-1933 Holodomor, which was held in Kyiv in November 2017, I became convinced that today there is a debate about the extent, the purpose, the consequences of this terrible event.

Of course, no researcher is able to fully explore this event. There will always be some sort of his own score. The terrible truth is known only by those who lived then, but almost none of them are still alive. Many documents, which could have proved the scale of this crime of the state against people, were destroyed.

Since the country was agrarian, the major part of the population lived in the villages. The village itself suffered the most. I lived in the village of Pivni of the Fastiv district in the Kyiv region. I was 11 years old and I, as a teenager, could already analyze the Holodomor a little bit. I saw the helplessness of my parents before the authorities when food was harvested; It was terrible to me when my father said that 14 people died in a village in one day. It’s terrible to the boy to hear about one dead man, and then there were so mamy deaths. I remember the cold on my back when we went to the woods through the cemetery past the pit, from which the limbs of people stretched out. How terrible was the trouble … And not only in my village.

Maybe, the hundreds of books and articles are already written. I saw and read that foreign researchers, especially young people, who were born far away in post-war time, are not indifferent to this problem, and they are not indifferent to the Holodomor. Let them explore. But the thing, which disturbs me, is that, without seeing that horror, they can perceive it as a mere historical event, and not as a particular crime against the whole nation.

Is the loss of several millions of Ukrainians not genocide? After all, they did not prolong their nation, they did not give it power.

It is also alarming to me that a significant part of people recognize the Holodomor in words, but in fact does not takemeasures to prevent young people from frivolous conclusions floating into their minds, which do not oblige citizens to do anything, do not warn against such a threat.

The Lord gave me a long life. I survived the Holodomor, survived the Ostarbeits’k violence, the Kolyma cruelty, the biased attitude towards myself as an unreliable element. I have not committed any crimes before the state. All my life was looking for an answer: why have I suffered so much? Apparently, tat is because I witnessed the crimes of the state against people in those years.

The Holodomor took away my childhood, grandfather, grandmother, uncle. It was not a famine when there was not enough food. It was torture by starvation and the violent death of my fellow villagers. I only counted more than 150 deaths in one street in 1932-1933. Is not this genocide?

All people who seek the truth about this tragedy must realize it. Living witnesses are special figures in the history court. We are few, we are weak, old, but we can not remain silent when the truth about the Holodomor is distorted.

Reference: Martyrology Book of Memory of victims of the Holodomor “Kyiv region” includes 323 people on Kozhanka village. There is no names on Pivni village, because the martyrologies consist of books of death registration, not all of which have remained to our days. Also, not all deaths were registered. Holodomor witnesses note that in Kozanka village more than 900 people were killed by starvation.

Z.I. Maslo, along with his peers, has created and transferred to the museum a list of 157 victims of the Holodomor in Pivni village. These names are part of the National Book of Memory, conducted by the National Museum “Holodomor Victims Memorial”.

Dear visitors! If you do not find the name of a person which you know to be killed by starvation, send this name to the museum. You will find the questionnaire you need to fill out here. Newly-identified names are included in the martyrology of the National Book of Memory.