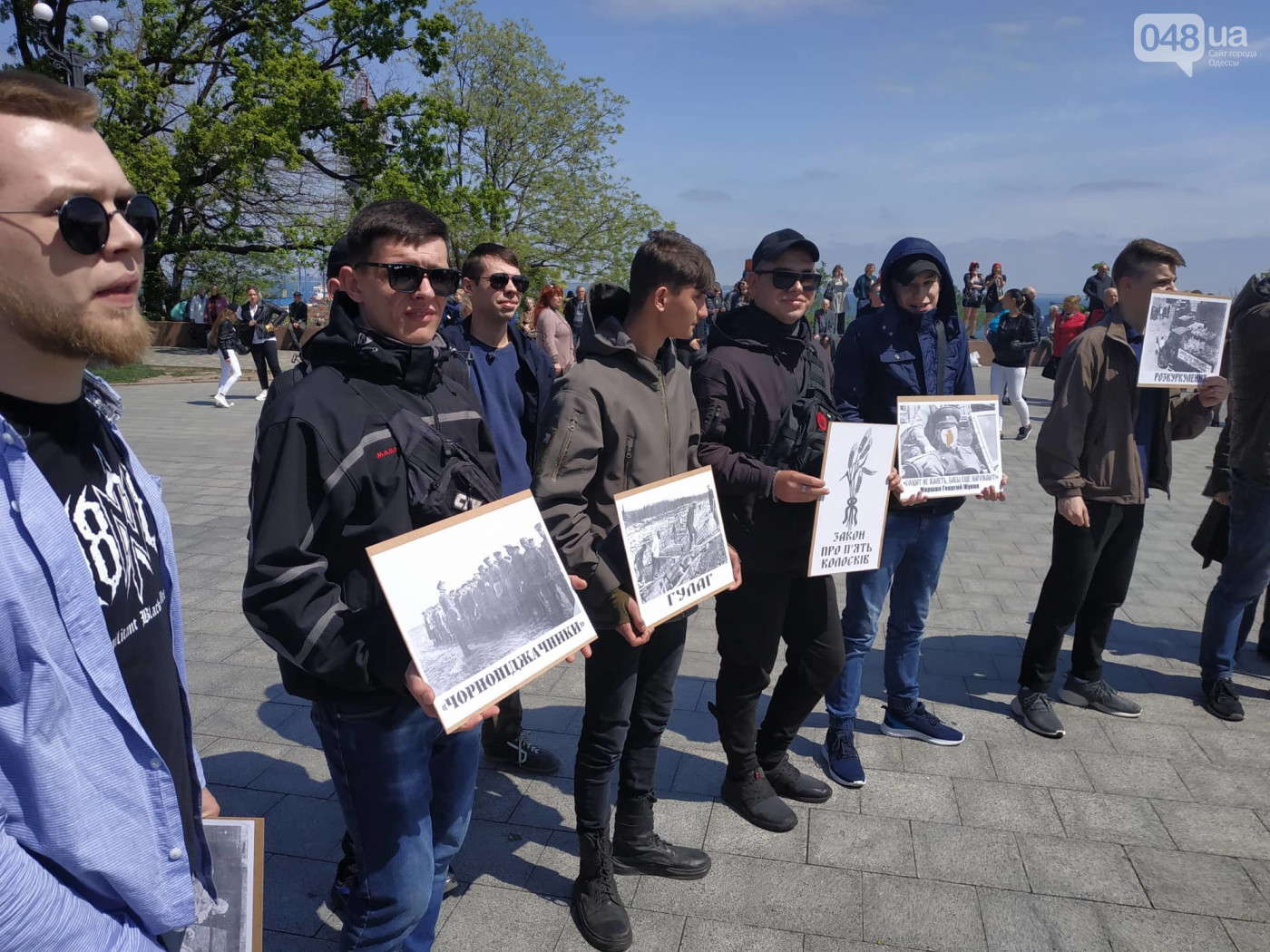 On May 9, 2019, the campaign “Red Terror. Never again” was held. The participants of the event came with information posters about the crimes of the Stalinist regime, reports “048” resource.

Demyan Hanul, the leader of the “Street Front” organization, stressed that the Soviet regime was as hostile to Ukraine as the Nazi regime. The activist noted that these two bloody regimes together unleashed the war [World War II – ed.], occupied Poland and held a joint parade there.

On the posters with which the participants of the action came the information about the Holodomor, dekulakization, Executed Renaissance, and other crimes of the Soviet regime was included.

Recall that on November 15, 2018, a round table discussion “The Holodomor in Ukraine 1932–1933 – the crime of genocide” was held in the reading hall of the Odesa National Scientific Library.