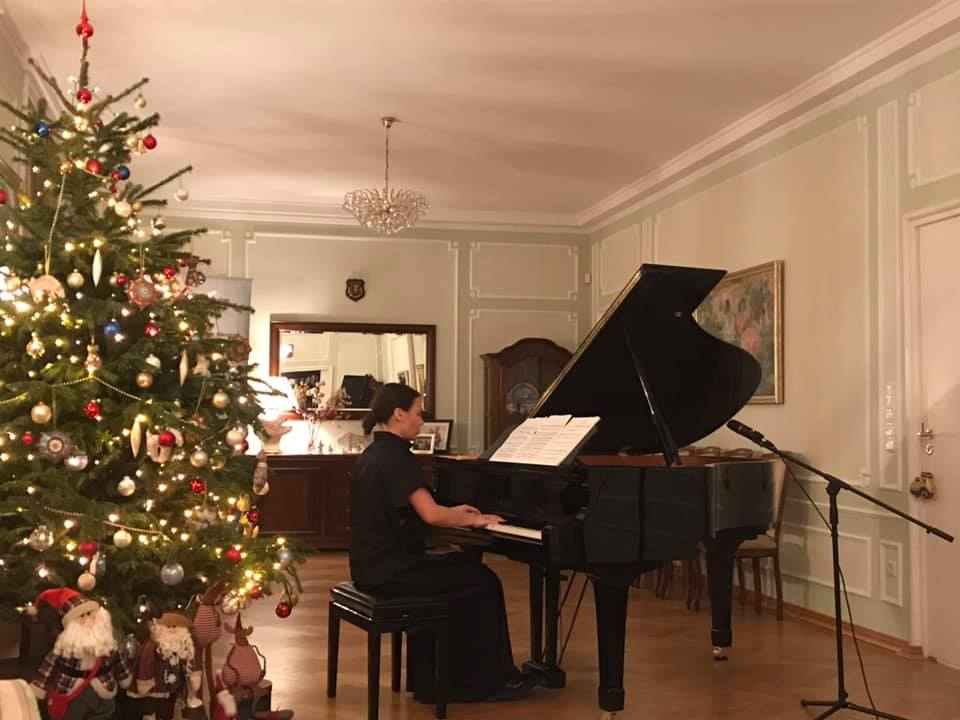 A Christmas concert of the talented Ukrainian pianist Kateryna Titova, dedicated to the memory of the victims of the Holodomor genocide, took place at the Residence of the Ambassador Extraordinary and Plenipotentiary of Ukraine to Germany Andriy Melnyk in Berlin on December 23, the Embassy of Ukraine in the Federal Republic of Germany reports.

“We commemorated all Ukrainians who were killed by the terrible famine, who could not celebrate Christmas in 1932–33, cook kutia, and sing carols with family and friends,” the embassy said.

In their address, Ambassador Andriy Melnyk and his wife, Ms. Svitlana, called on the Bundestag to “support the petition and recognize the Holodomor as what it really was—the genocide of the Ukrainian people!”

The video of the concert can be watched on the Embassy’s Facebook page.

Photo: Embassy of Ukraine in the Federal Republic of Germany

We remind that on October 21, 2019, a meeting of the Petition Committee of the Bundestag was held, at which a petition to recognize the Holodomor as an act of genocide was considered. Howver, the Bundestag has not discussed this question yet.