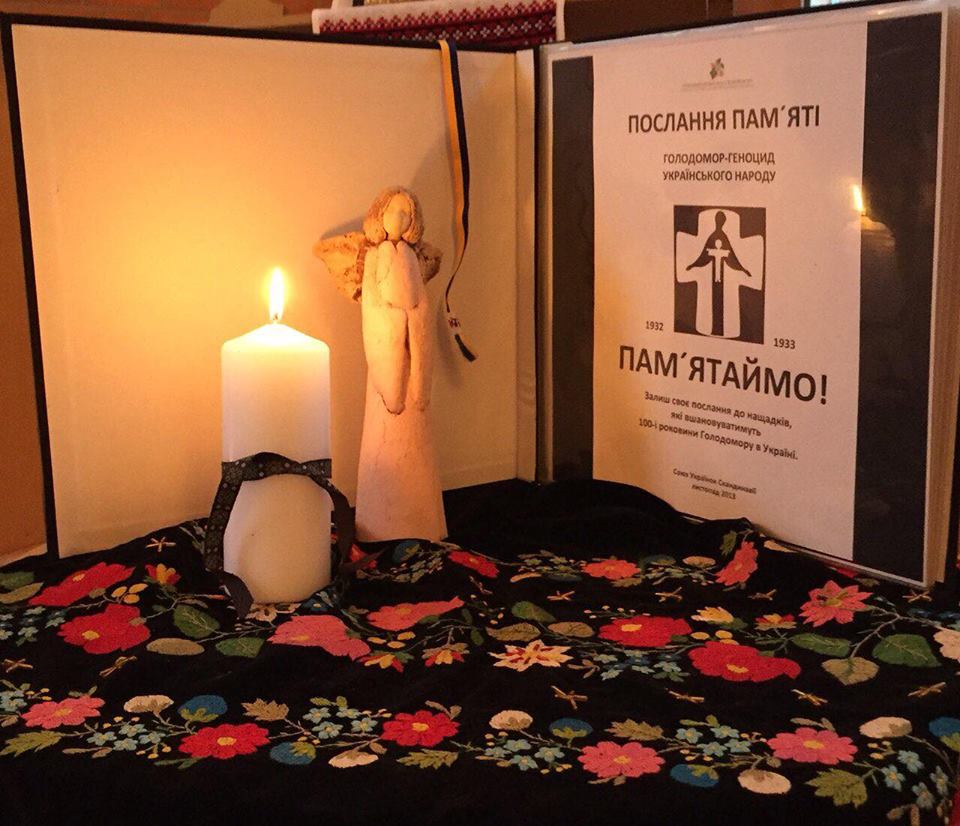 On October 28, 2018, in Ansgarskyrkan church, the city of Stockholm, participated in the International Action “Let’s Light a Candle of Memory!”, the press service of the Embassy of Ukraine in the Kingdom of Sweden reports.

During the memorial service, headed by the UOC-KP priest Yaroslav, the names of the 85 dead children who perished during the Holodomor-genocide were also mentioned.

The event was held on the initiative of the Ukrainian Women’s Organization in Sweden. It was attended by leaders and members of the management of Ukrainian NGOs in Sweden, representatives of the Embassy of Ukraine in Sweden, and the Ukrainian community in Stockholm. Ambassador of Ukraine to Sweden I. Sagach spoke to the audience.

During November this year, the other measures to commemorate the victims of the Holodomor, the genocide of the Ukrainian people, will also take place in Sweden.