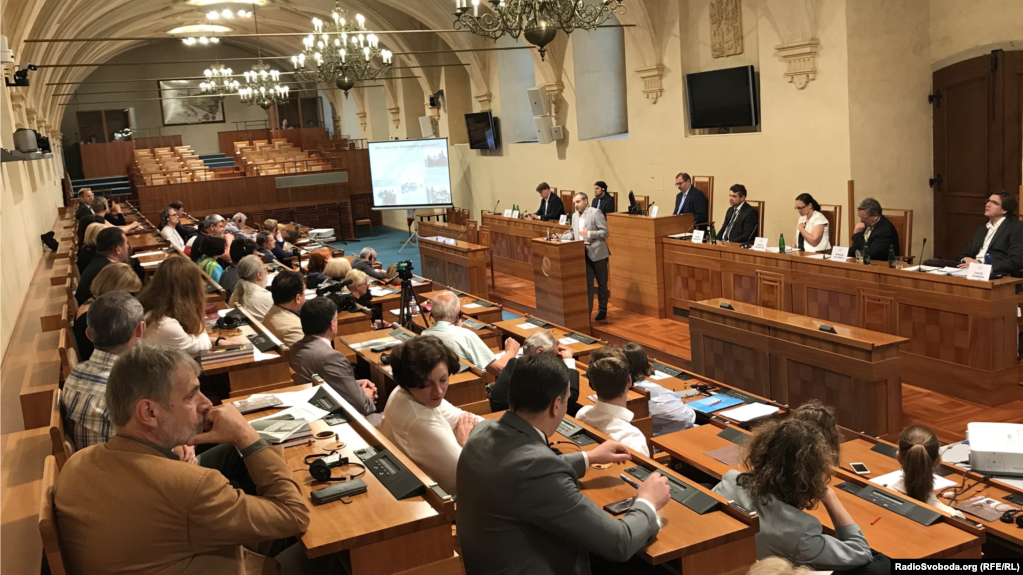 On June 4, the Senate of the upper chamber of the Czech Parliament hosted the conference “Stalin’s Holodomor in Ukraine in 1932–1933: A Concealed War That Had to Eliminate the Ukrainian People,” where reports on the genocide of Ukrainians of Ukrainian and Czech historians were presented, the Embassy of Ukraine in the Czech Republic informs.

The mechanism of the Holodomor (V. Tilishchak), its anti-Ukrainian character (D. Kolenovska) and genocidal nature (D. Svoboda) were discussed. The issues of representing the Holodomor in the world context (A. Kohut) and Czechoslovakia in particular (B. Zilynskyi) were also considered.

“I am convinced that the Ukrainian diaspora, which is the largest minority in the Czech Republic, will appreciate such a step by the Czech high officials. The hybrid war which is still led by Russia against Ukraine did not arise today. The Kremlin has improved its methods and tools, but the goal remains the same – to destroy Ukraine, the Ukrainian language and the Ukrainian people. The Holodomor was one of the methods of the hybrid war of Moscow against Ukraine. Today’s war on the Donbas is a direct extension of the genocide. Donbas was one of the regions most affected by famine. And precisely in this region, instead of the Ukrainians executed by starvation, Moscow settled the representatives of the so-called “Russian world,” – noted Perebyinis.

The Deputy Chairman of the Chamber of Deputies Vojtech Pikala summed up the importance of the conference: “Today’s conference gives us an opportunity to think over all those who were under the pressure of dictatorial ideologies throughout history. The Holodomor in Ukraine was not spoken about for many years. Subordination of interests of one people to the interests of another and distortion of facts in favor of ideological crimes is, unfortunately, continuing today. I am glad that the Senate of the Czech Republic, a democratic country, has the opportunity to provide its citizens with true and factual information, which is the basis of a free civil society,” he said.