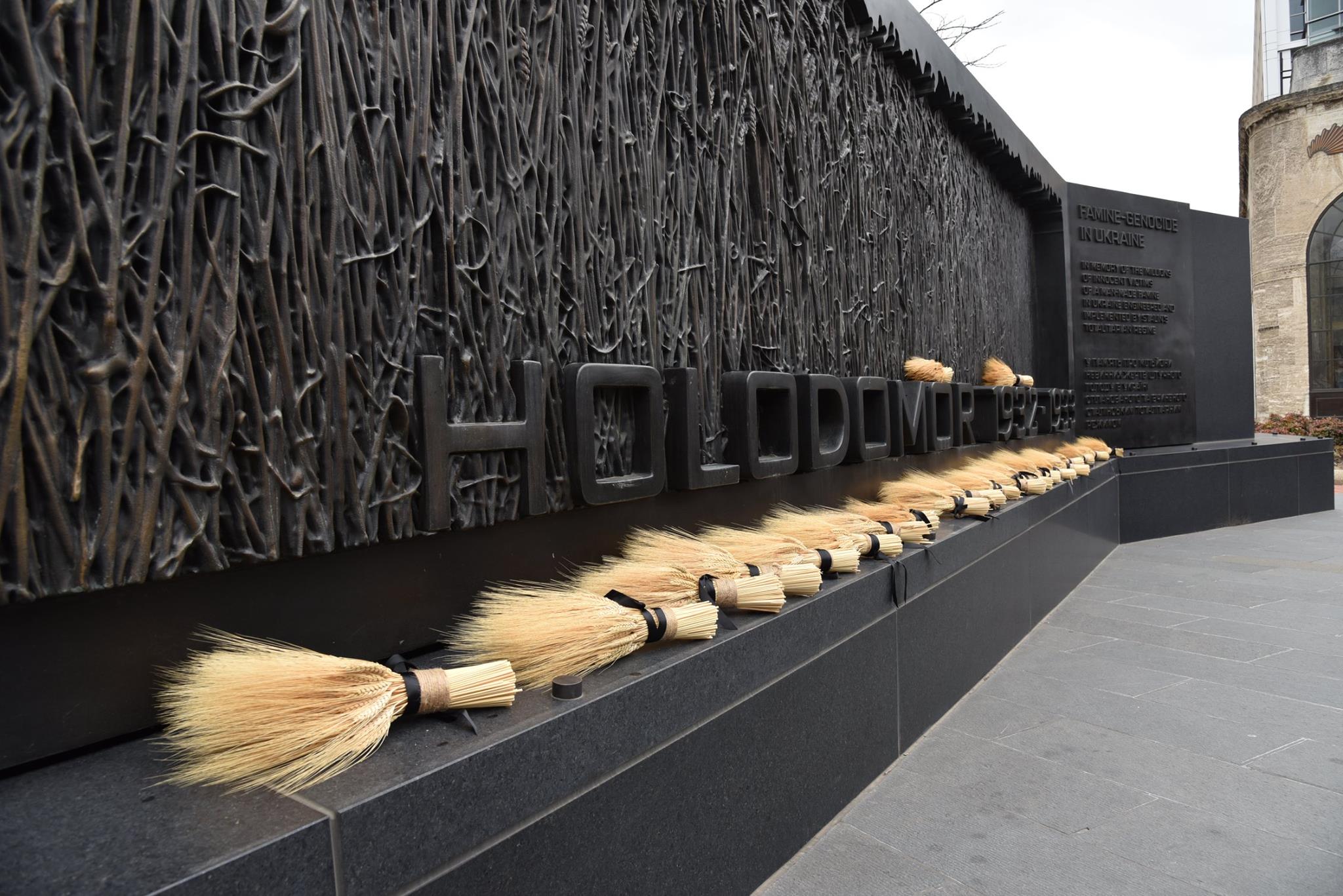 On April 16 this year representatives of the Ministry of Internal Affairs of Ukraine, who arrived in the capital of the USA during the official visit, commemorated the victims of the 1932-33 Holodomor genocide in Ukraine near the Memorial of the same name, Vyacheslav Abroskyn, the first deputy head of the National Police of Ukraine, has informed on Facebook.

“Together with Internal Affairs Minister Arsen Avakov, I am in the official delegation of the United States. Yesterday in Washington, DC, they visited the Memorial to the victims of the Ukrainian Holodomor-genocide of 1932-1933 and put a symbolic bouquet of ears.

Standing near the Memorial and looking at the image of the ears here in Washington, I remembered the words of my grandmother from Vinnytsya region about how in the far 30s the NKVD took the last grain, condemning the starving death both the old and the small.

We are grateful to our Ukrainian Diaspora and the US Congress for the initiative and decision on the location in a place near the Capitol. Now thousands of citizens passing past daily draw attention to the Memorial, get acquainted with the tragic periods of the history of Ukraine, and through the generations will remain the name of the torturer and the memory of the millions of murdered innocent people”, – said Vyacheslav Abroskyn.