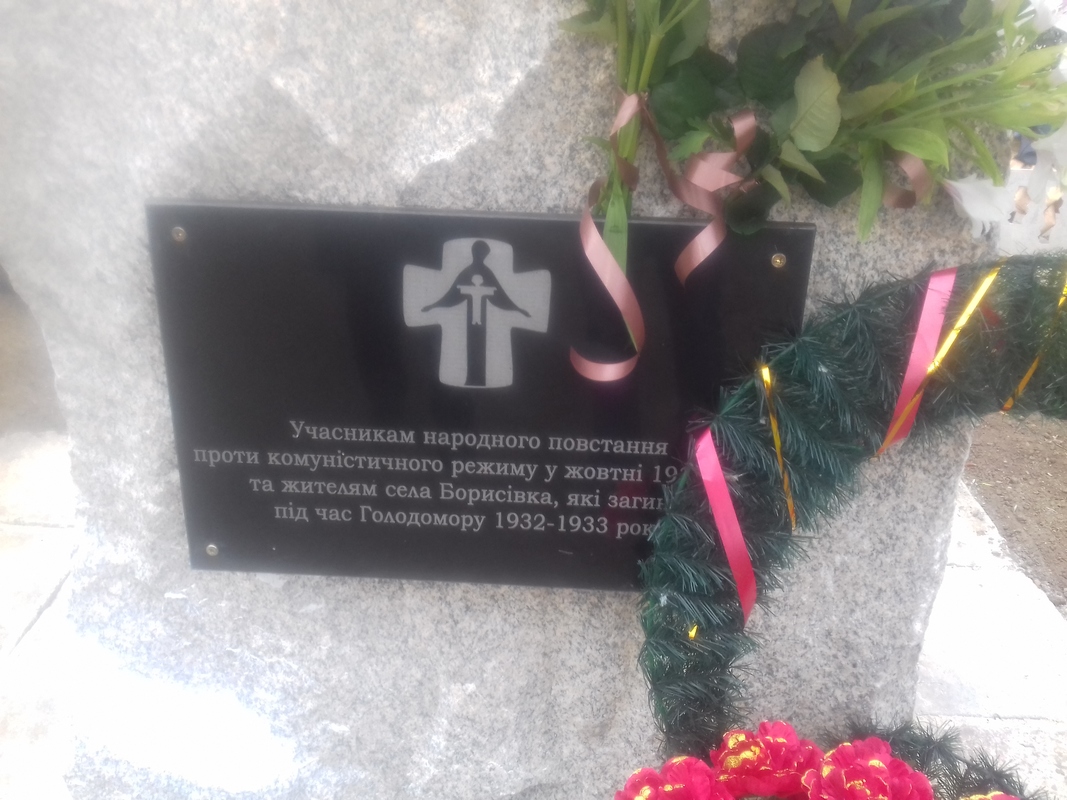 A monument to Holodomor victims was opened in Zaporizhzhia region

The Memorial commemorates the uprisings against collectivization and people who were killed during the Holodomor of 1932-33.

The decision to open the memorial sign in the Borysivka village of Zaporizhzhia region was supported by the local community after the local history was silenced and concealed from people by the stamp “completely secret” for over a decades. It is now known that the uprising against the policy of collectivization began on October 6, 1930, under the leadership of a local resident Ivan Bondarenko. Most actively the rebellion was joined by women, who blocked the exits from the village and returned the grain back. The Soviet authorities gave up a lot of efforts to suppress the rebellion by bringing Borysivka village onto the “black board” in 1932.

The repressive action contained food blockade of certain collective farms, villages, even districts, turning them into a social reservation for large groups of people who were kept without food for 5-6 months, while all the edible was previously removed out of the village. In 1932-1933, the regime of “black boards” was implemented in 180 regions of the Ukrainian SSR (25%).

The reason for putting the villages onto the “black board” was not only the “lagging behind the plan”, but also the political past of the village: the presence of the activists of the Ukrainian People’s Republic and the rebellious movements, the negative attitude to collectivization and the Soviet regime in general.

“We remember – we are strong”, – in such words the Ukrainian people and the whole world commemorate the victims of the Holodomor of 1932-1933. The genocide was a revenge for the desperate opposition to the regime, for the Ukrainian revolution of 1917-1921. In our memory, the names of people who gave the last crumbs of bread to their neighbors, the old, the children, are still alive,” said Oleksandr Zubchenko, Director of the Department of Information Activity and Communications of the Regional State Administration.