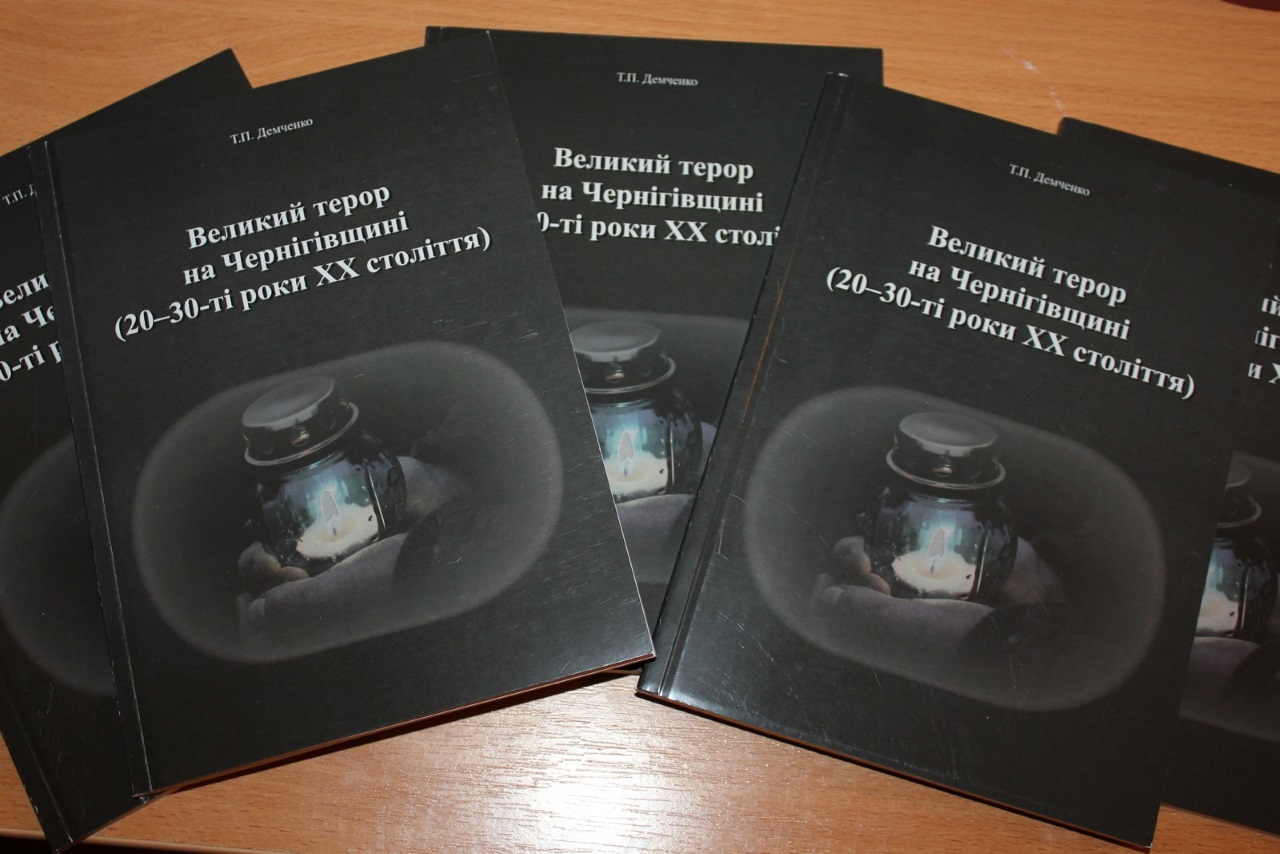 The new book – “The Great Terror in the Chernigov Region (20-30s of the 20th Century)” – was presented at the Educational-Scientific Institute of History, Ethnology and Law named after O. Lazarevskii by a famous historian from Chernihiv Tamara Demchenko. This was reported by the press service of the Chernihiv Regional State Administration.

― This is a popular science publication, which summarizes the information about political repressions of 1937-1938 in Chernihiv, characterizing their nature, essence and tragic consequences, – the author noted. – The text was ready about three years ago. Of course, now I would have written something differently. Here, in particular, there is practically no information about how they fought against the church and religious leaders. Little is mentioned about the executors of punitive sentences. So this topic is not closed. In general, the work is intended to convey to the reader the realities of a totalitarian regime, so that history does not repeat itself.

According to the scientist, editor-in-chief Oleksandr Kovalenko, the book is written in accessible language and is designed for a wide audience – not only for specialists, but also those who are simply interested in the historical past of the Chernihiv region.

“The Great Terror in the Chernihiv Region (20-30s of the 20th Century)”, as well as the joint edition of Tamara Demchenko and Mykola Horoch, “Collectivization and the Holodomor of 1932-1933 in Chernigiv region: to oblivion and forgiveness is not subjected”, was issued in a print run of 70 copies. Later, they will arrive in the main libraries of the region.

The presented publication was highly appreciated by the leading historians of the Chernigov region, including the representatives of the Ukrainian Institute of National Memory in the region Serhii Butko and Serhii Horobets, the director of the Regional Historical Museum named after V. Tarnovskii Serhii Layevskii, director of the State Archives of the region Raiisa Vorobei.

The edition was released at the end of December 2017 at the expense of the regional budget. The electronic version of the book is already available on the website of the Regional State Administration on the link.