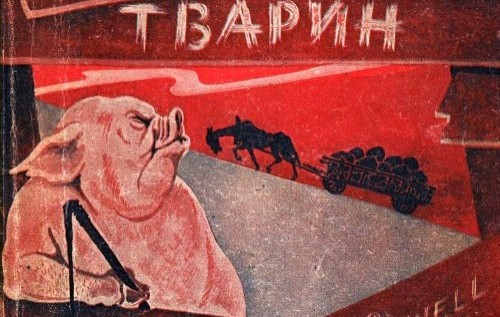 Neflix has bought the right to make the film by George Orwell`s novel “Animal farm”, the Deadline web-page informs.

The director of the project will be Andy Serkis` – the author of the animated film “Mowgli”. Producers will be Matt Reeves, Rafi Kron, Adam Cassano and Jonathan Cavendish (“Bridget Jones Diaries”).

The classic of English literature, George Orwell wrote a story-dystopia “Animal farm” in 1944. The text was intended to show the true face of the Soviet Union to the Western community. The ideas of the 1917 revolution on universal equality and the building of a happy communist future led to totalitarianism under the leadership of Joseph Stalin. The parable story tells, how the domestic animals expelled their former owner Johns from the estate, but soon their freedom was turned into the dictatorship of the swine named Napoleon.

The first translation of the story was made into the Ukrainian language. In 1947, it was done by Harvard University Professor Ivan Shevchenko (under the pseudonym Ivan Cherniatynsky), who also invited Orwell to write a preface to the Ukrainian edition printed in Munich.