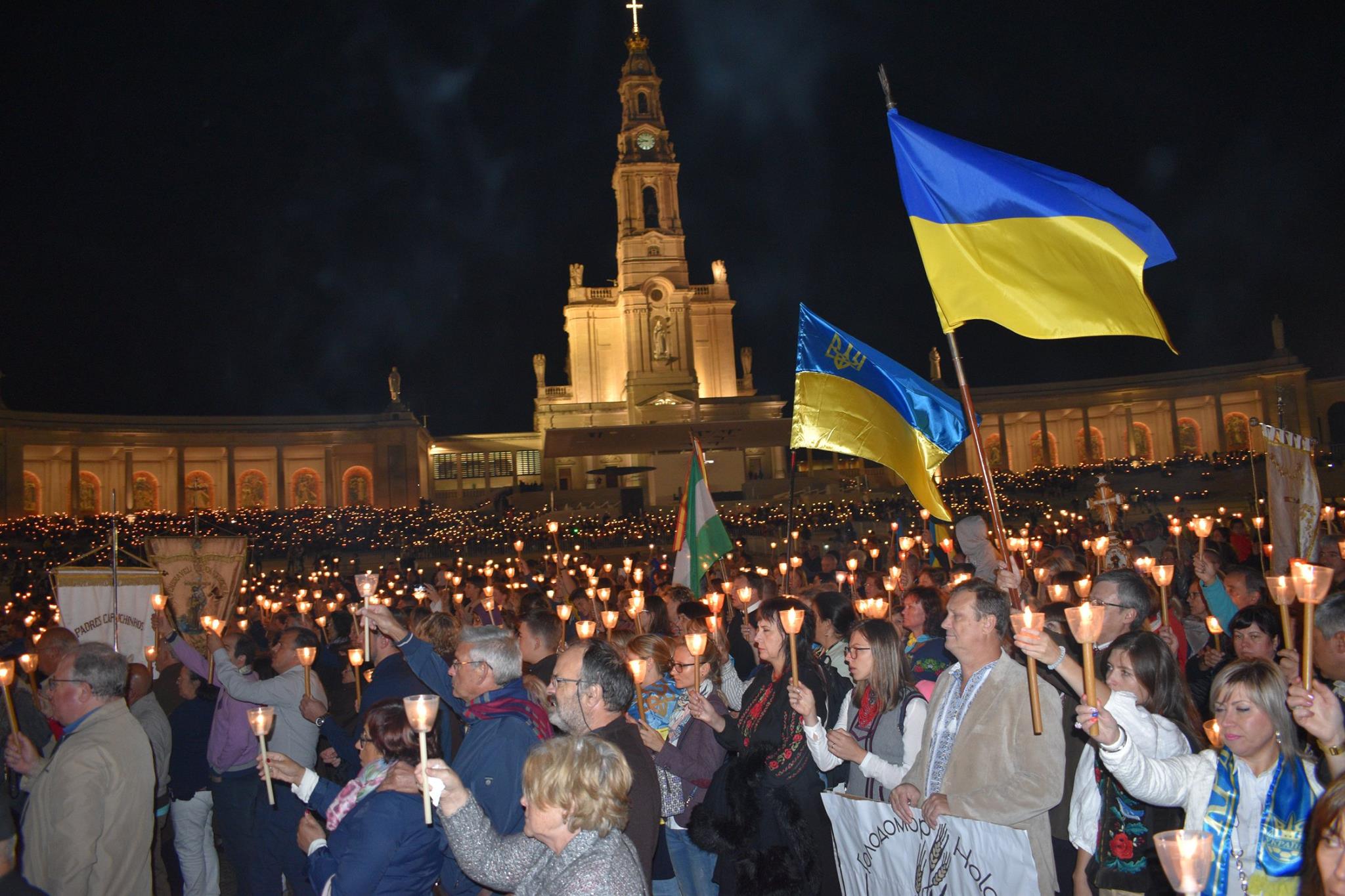 Action "Lets light a candle of memory" in Portugal

On October 6, 2018, the International action “Let’s light a candle of memory” was held in the Portuguese city of Fatima, the Embassy of Ukraine in the Republic of Portugal reported.
Events to commemorate the memory of innocently killed Ukrainians took place on the territory of the architectural complex – the Sanctum of the Virgin Mary, built on the site where in 1917 a miracle of the revelation of the Blessed Virgin Mary took place for three children-shepherds.
The event was organized by the Embassy of Ukraine in Portugal, together with representatives of the Ukrainian community.
The UGCC’s priests in Portugal performed a memorial service for the repose of the dead Ukrainians in 1932-1933 as a result of the criminal actions of the Stalinist regime. In addition, at the time of the Divine Liturgy, the names of 85 children starved were mentioned. Also, the Ambassador of Ukraine to Portugal, Inna Ognivets, spoke about the significance of the international events organized this year around the world, reminded of the extent and consequences of the Holodomor-organized genocide by the Soviet authorities of the Ukrainian people, and also emphasized the importance of preserving the memory of millions of innocent people, victims of the Holodomor and the transfer of knowledge to the descendants of the crime of genocide.At the end of the event, all the participants of the action were burning symbolic 85 candles in memory of the victims of the Holodomor.
We remind that on July 14, 2018, the deputies of the Portuguese city of Braga, by majority vote, recognized the Holodomor as a genocide of the Ukrainian nation.