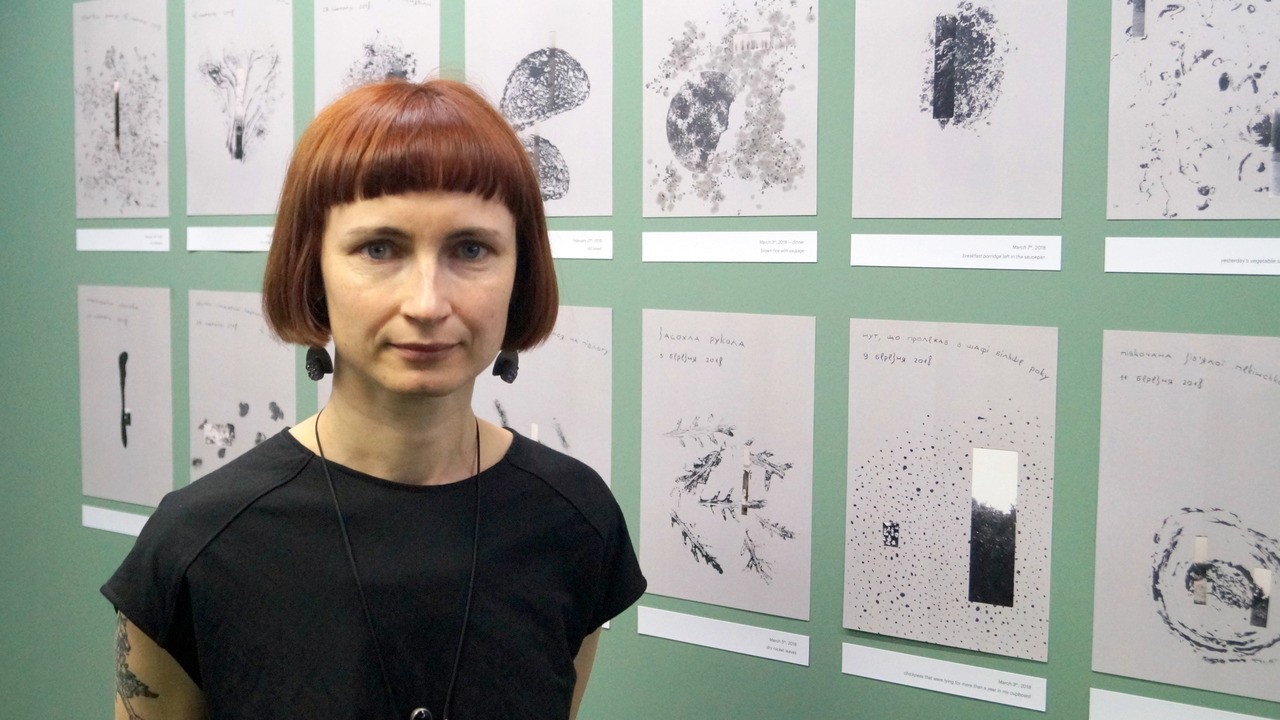 An Art Exhibition Dedicated to the Holodomor Was Opened in Dnipro

From June 13, the exhibition of the couple of artists Andrii and Liia Dostliev, dedicated to the memory of the Holodomor, is exhibited at the Holocaust Museum in the Dnieper.

As artists and researchers, Dostlyev couple have been working with the issue of memory and post-memory for a long time, analyzing the possibilities of representing traumatic experience with the means of art.

A few dozen works, created by husband and wife, offer an unusual view onto the problem of memory of the tragedy of the “black 33rd”. Grandmothers of both exhibitors survived the famine and were telling of that to their grandchildren.

“This is a joint project. Each of us two has invested something. On the paintings, there are the prints of food that we threw away. We just drowned it into the ink and took prints before throwing them away. We have been “documenting” this food for two months. These are traces of trauma, which are not visible in commonplace. We wanted to make them visible. It is still uncomfortable for me to throw out food, although I cannot afford not to eat anything that is put on a plate. This is called post-memory,” Leiia Dostlieva said.

The presentation of the project was organized within the framework of Trans-Regional Academy “After the Violence. The (Im-)Possibility of Understanding and Remembering,” which was held in Dnipro on June 10–17. It united three dozens of scientists from 14 countries of the world.