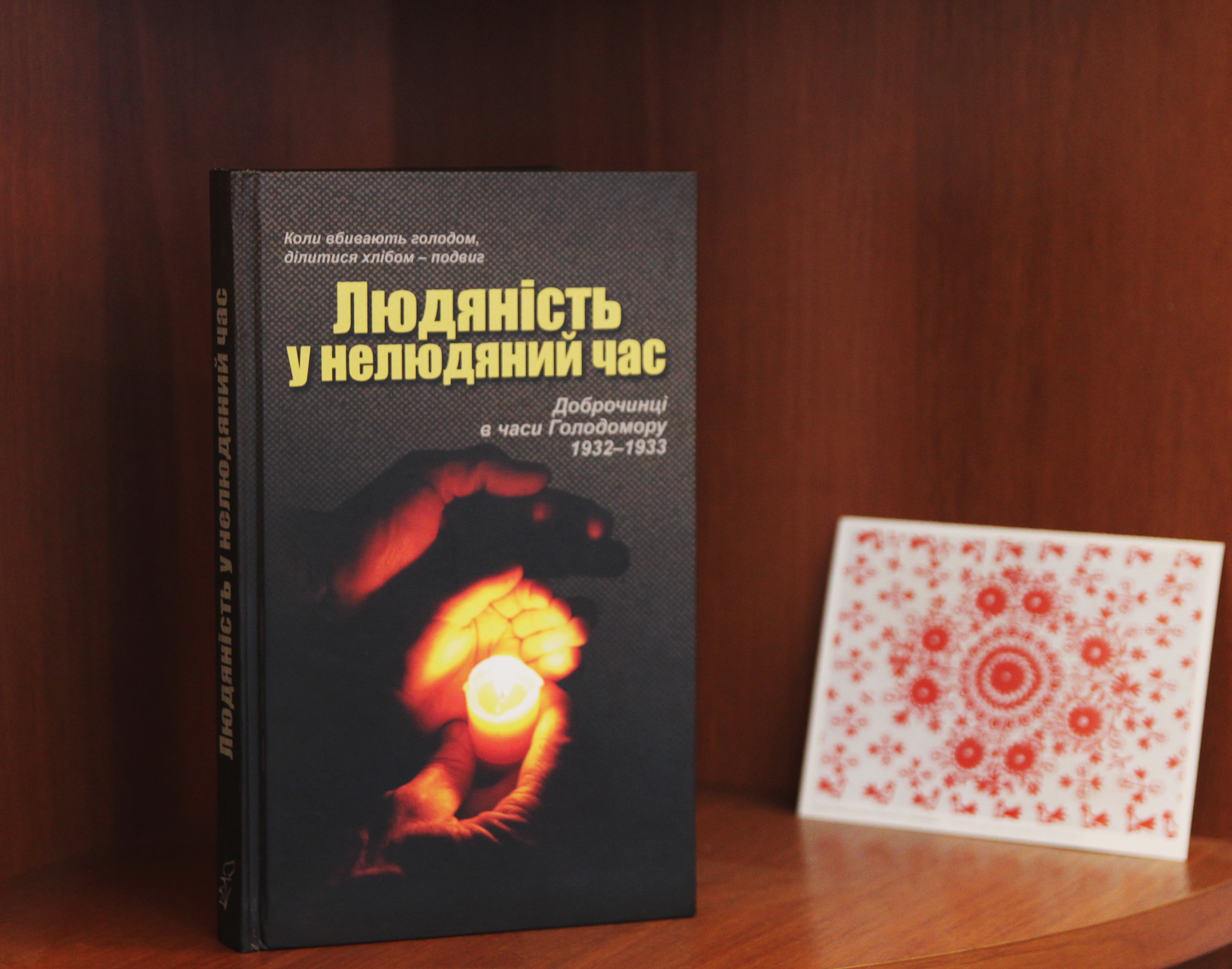 On November 19, 2018, the Ukrainian Crisis Media Center hosted a presentation of the new supplementary edition of the book “Humanity in inhuman time”. Its publication is timed to the 85th anniversary of Holodomor, according to Ukrinform.

The authors of the presentation took part in the presentation, the employees of the Ukrainian Institute of National Remembrance Volodymyr Tilishchak and Viktoriya Yaremenko. The new edition of “Humanity in the inhuman time” included information on more than 180 righteous people at Holodomor time, whose surname and name are based on documentary evidence and verbal evidence.

“The book that we present today about righteous people and the righteous acts during Holodomor, it is a small contribution to the restoration of national memory. Our book is not exhaustive, and I hope the list of benefactors will continue to be supplemented”, says Volodymyr Tilishchak.

Victoria Yaremenko emphasized: “The book contains the stories of different people, whose strategies of actions were similar. They saved lives. One, several or a whole community – depending on what opportunities were available. That every story – a feat, you understand only after “immersion” in those terrible years.” The main aim of the action of collecting memories of the righteous, Institute of National Remembrance which started back in 2009, is a commemoration of benefactors who are not afraid to resist the genocidal politics and, despite the risk of deadly violence, rescuing people during the famine.

The first edition of the book “Humanity in inhuman time. Benefactors during Holodomor” saw the world in 2013. Then information about more than 140 benefactors – teachers, doctors, priests, heads of village councils and others whose actions were preserved in the memory of the people – were made public. You can get a free book by writing to the Ukrainian National Memory Institute.