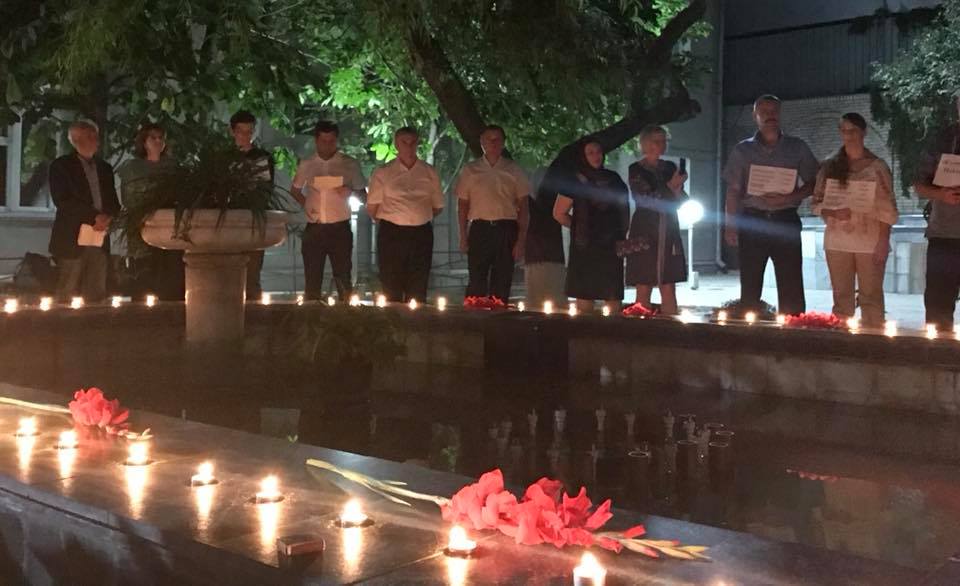 Candle of Memory was Lit in Tashkent

On September 11, 2007 the action “Lets light a candle of light” was held in the capital of the Republic of Uzbekistan in the city of Tashkent, according to the official Facebook-page of the Embassy of Ukraine in Uzbekistan.
The memory of the Holodomor-genocide today unites all friends of Ukraine in Uzbekistan. Representatives of the diplomatic corps, members of the Ukrainian and Crimean Tatar communities, and compatriots who work in Uzbekistan came to recall innocent victims of hunger.”No life should be broken up in such a cruel way, especially since this is a life of a child, since every fourth Ukrainian who died in that horrible time was a child.The names of 85 children from Zhytomyr Oblast were heard today in memory and warning to the next generation about the inadmissibility of repeating the terrible crime of Soviet power “, the statement said.The event was attended by the Apostolic Administrator in the Republic of Uzbekistan, Bishop Jerzy Matsulewicz. Participants of the action lit 85 candles.It coincided that on September 11, 2001, the world got to learn of a terrible terrorist act in New York. Ambassador Yuriy Savchenko, announcing a minute of silence, invited the participants to honor all those who died during the Holodomor of 1932-33 and those who perished during a terrorist act 17 years ago in the United States.