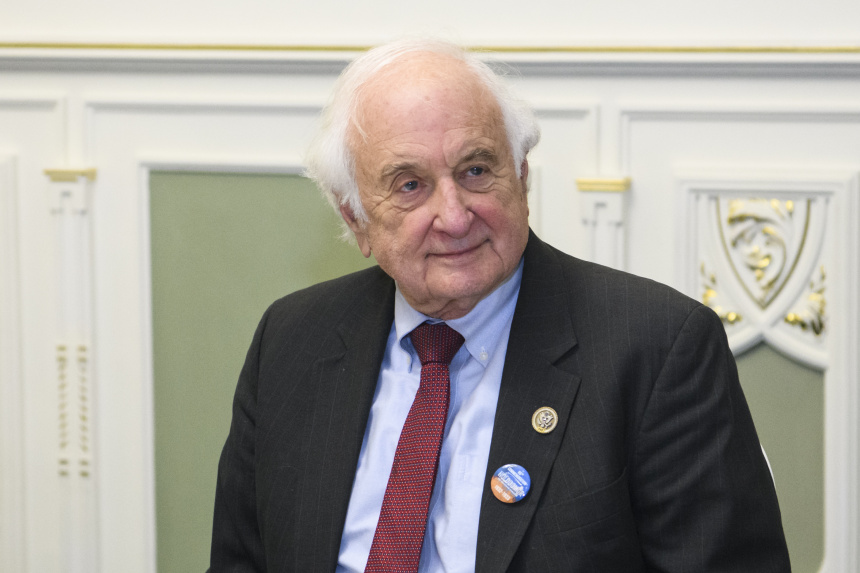 Sander Levin has long been engaged in the supporting of democracy in Ukraine and establishing Ukraine-US relations. As Levin noted in his speech at the special plenary session of the Parliament of Ukraine devoted to the 85th anniversary of the genocide of Ukrainians, he learned about the Holodomor at the university while studying the history of the USSR. However, he saw the inconsistency between the scale of Stalin’s crime and the diminished number of victims (the full text of the speech of November 23, 2018 can be read here). Since then, Sander has been systematically involved with the Holodomor issue in the United States at the legislative level. He has been actively cooperating with the Ukrainian leadership, took part in the International Forum on the 85th anniversary of the Holodomor-Genocide held in Kyiv, and joined the mournful events in the Holodomor Victims Memorial on November 24, 2018. The final point in this story is the adoption by the United States of the resolution recognizing the Holodomor as the genocide, the author and popularizer of which, in particular, was Sander Levin.

After this event, Mr. Levin gave a brief comment saying: “I was privileged to be in Ukraine during the commemoration of the victims of the famine in Ukraine in 1932-33, known as the Holodomor. Millions of Ukrainians died because of the genocide committed by the Soviet Union. During the commemoration, a memorial to the victims of the Ukrainian Holodomor in Washington was specifically mentioned. This resolution, which reminds the world about the Holodomor, is another reflection of the fundamental values ​​of Americans.”

At the same time, Sander, in co-authorship with three other congressmen, issued a resolution condemning the actions of the Russian Federation in the Kerch Strait, calling them “an alarming sign of the continuation of Russian aggression,” and evaluates Ukraine’s challenge as a “struggle against authoritarianism that strengthens its position in the world.”