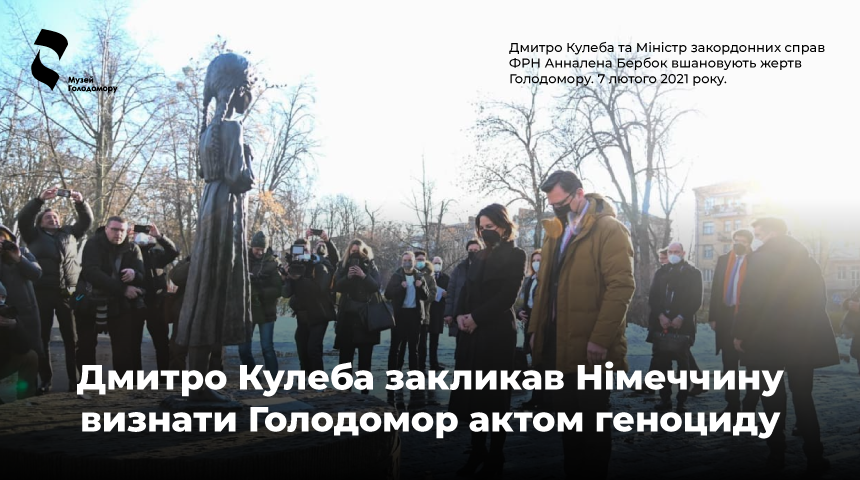 Minister of Foreign Affairs of Ukraine Dmytro Kuleba called on the German Bundestag to recognize the Holodomor as genocide of the Ukrainian people and emphasized the genocidal component of Russia’s war against Ukraine. He stated this in an address to the international conference “International Law Against Genocide” in Berlin, Ukrinform reports.

“When we talk about genocide, I should note that the Holodomor is not recognized by the German Bundestag as a genocide of Ukrainians. I am convinced that the obstacles have always been political, namely: the lack of prior political will in the Bundestag and the good old policy of “trying not to provoke Russia.” All these factors led to the fact that the issue was stuck in limbo,” said Kuleba.

The head of Ukrainian diplomacy, particularly, drew attention to the fact that the author of the term genocide, Rafal Lemkin, defined the Holodomor as a “classic example of Soviet genocide.” “There cannot be a better legal assessment. November will mark the 90th anniversary of Stalin’s genocide of the Ukrainian people. I expect to see a just and historic decision made by the German Bundestag already this autumn to honour the victims of the tragedy and finally restore international law and justice. The policy of “not provoking Russia” has finally disappeared, so this is the moment to do the right thing,” the minister addressed the audience.

The head of the Foreign Ministry also emphasized that the actions of the Russians during the war against Ukraine fall under the criteria of genocide. In particular, Kuleba emphasized the incitement to genocide and the forcible transportation of Ukrainian children to Russia as part of another national community and their adoption by Russians. In this context, the minister noted that Ukraine relies on Germany’s support for creating a special international tribunal to punish the crime of Russian aggression.