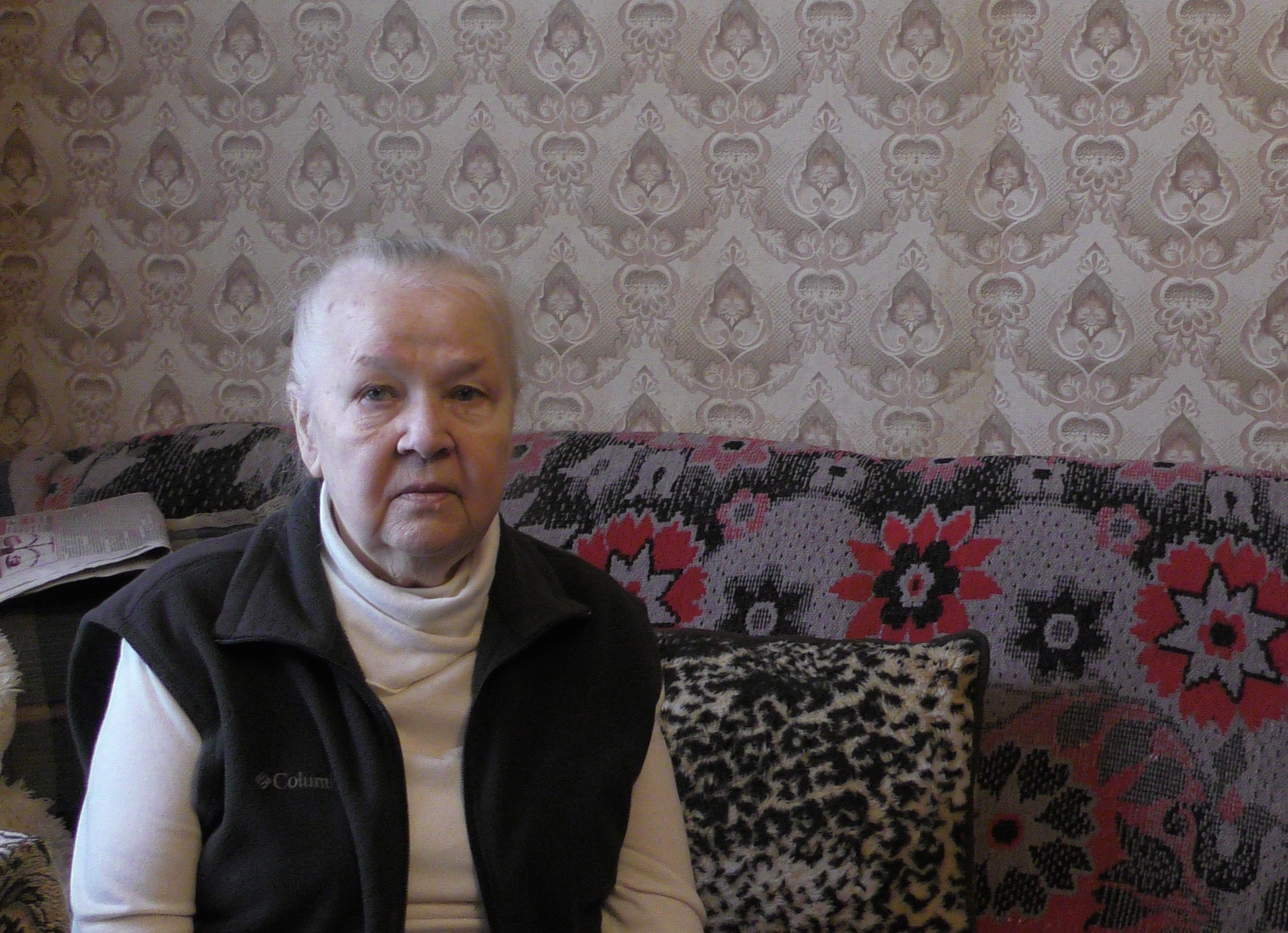 As a part of the “Oral History of the Holodomor” Project, on March 20, a Holodomor Victims Memorial employee Olha Vyhodovannets recorded an interview with a witness of the mass famine, Maria Melnyk (born in 1939).

Ms. Melnyk was born in Barakhty village of Vasylkiv district of Kyiv region. Years of the war brought great trials to the fate of the little Mari, whose father died in the war.

In 1946, all the products were taken away.”At the end of the 46th, people came and took everything oals that was in the house. Who came? Some kind from the village council… They left a tub of cabbage … soured … in the pantry, and we… ” the woman recalls.

Ms. Melnyk’s family was saved due to her mom’s and elder brother’s trips to Western Ukraine, where she could exchange clothes and jewelry for some products. Also, the relatives from Crimea helped them. However, this foods was not enough. The 7-year-old child had no choice but to go to the fields to collect spikes. “I saw the man was riding a horse. I’m running to the ditch near this field, but he reaches me and whips me for that bag. He scattered the grain on the field and threw the bag out. Than he went. How it hurt! How painful it was! “

Recall that on February 18, at the Holodomor Victims Memorial, the meeting with the witness of the massive artificial famine of 1946-1947 Nadiia Mudrenok was held.