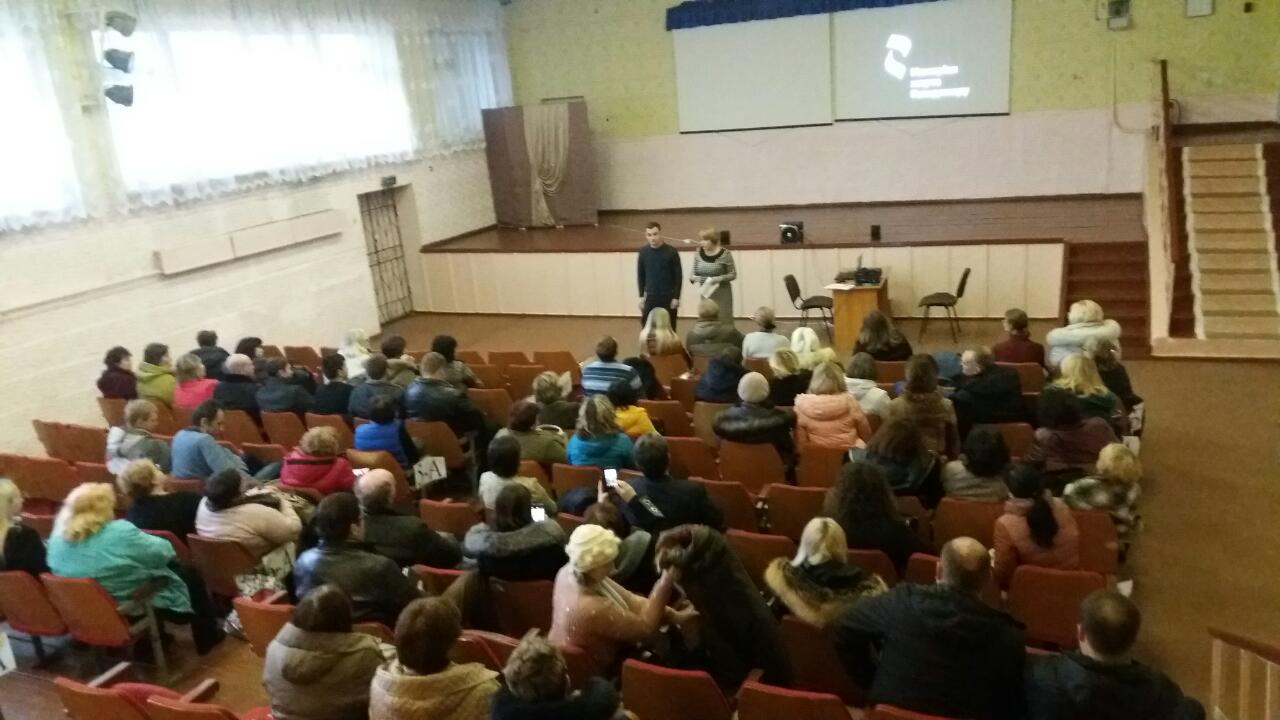 On October 27, 2017, a research assistant at the Holodomor Victims Memorial presented the educational film “Covering the Holodomor: Memory Eternal”, the last planned meeting in the East of Ukraine. The event took place at the building of a secondary school №20 in the city Siverodonetsk, which after the occupation of Luhansk by Russian terrorists in 2014 is the administrative centre of the Luhansk region.

The educational movie created by the National Museum of the Holodomor Victims Memorial in cooperation with the Canadian Museum for Human Rights is aimed at the school audience. In Siverodonetsk it was seen by about 100 teachers and museum workers from Luhansk region.

The film caused a lively discussion among the guests. The teachers discussed the issue of teaching the Holodomor topic for different age groups of children. At the presentation, attention was also paid to the importance of adding such materials concerning the history of genocide of Ukrainians in 1932-1933 in the region. In the opinion of teachers, this will improve students’ perception and understanding of the Holodomor topic. After the showcase and discussion, all guests received a copy of the film as a gift, which is recommended for use in educational institutions when studying the history of the Holodomor.

After the presentation, complaints from teachers about the lack of new methodological and reference materials on the history, culture of Ukraine were repeatedly heard. The Holodomor Victims Memorial received the best reward for its work – the teachers’ appreciation for the opportunity to diversify their history lessons and talk with their children about the important issues of “preventing the crime of genocide”, “the power of freedom of speech”, “responsibility for indifference”, “the role of the press in illuminating crimes” through the educational film “Covering the Holodomor: Memory Eternal”.

The National Museum “Holodomor Victims Memorial” will announce about the next possible presentations of the educational film in the near future.

Those Ukrainian educational institutions which want to receive a CD with a film please, contact the Holodomor Victims Memorial: [email protected] , 044 254-45-12.