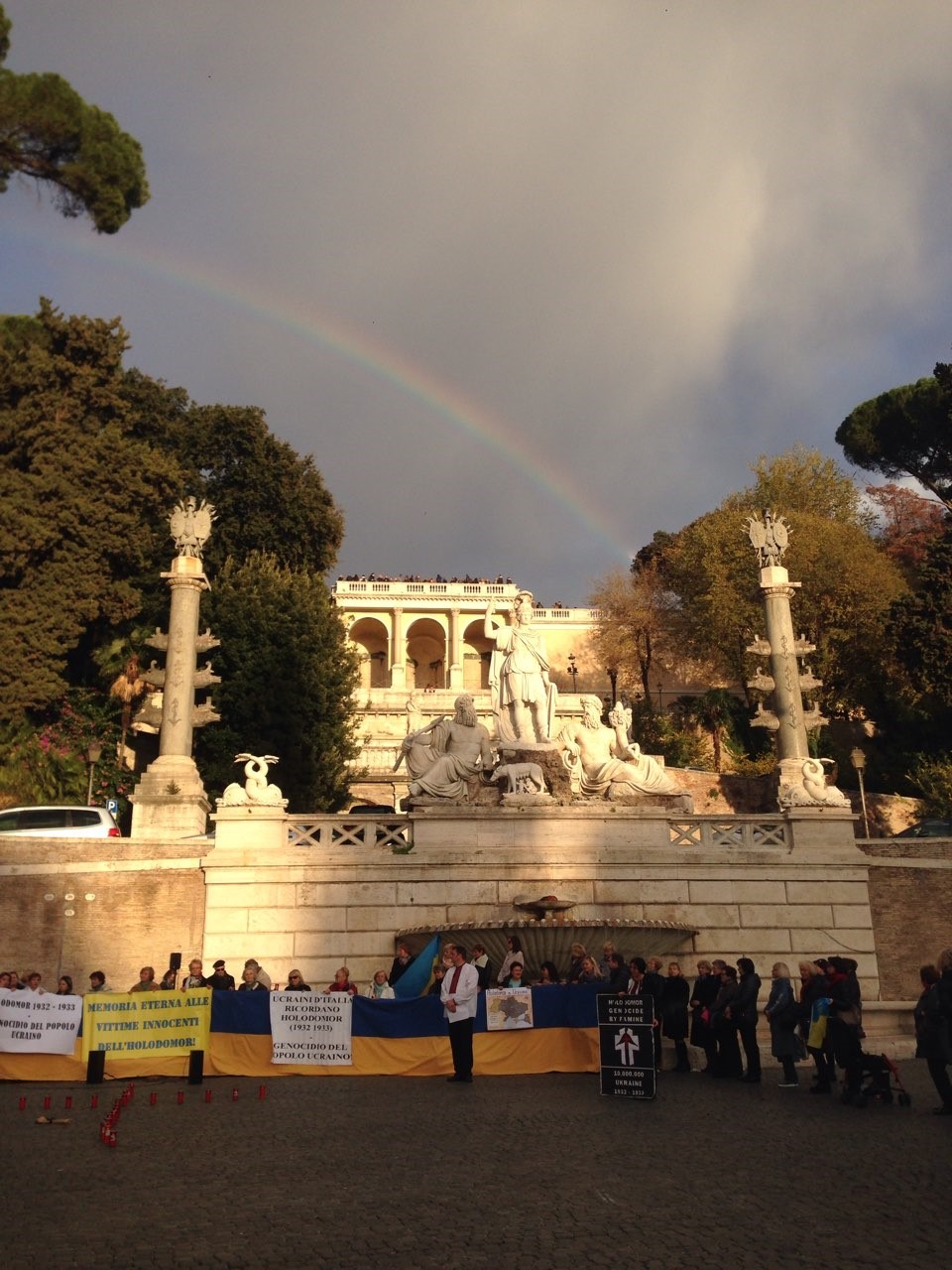 Holodomor Victims Were Honoured in Milan

On November 26, 2017, the Ukrainian communities of northern Italy gathered in the cathedral of Milan to jointly commemorate the victims of the Holodomor of 1932-1933, the press service of the Ukrainian Greek Catholic Church in Italy says.

In order to draw the attention of the Italian community and parliament to the issue of recognizing the Holodomor as a genocide at the state level, the General Consulate of Ukraine in Milan organized a series of events that took place in late November.

Participation in the event was taken by Mr. Yevhen Pereligin and Ambassador of Ukraine in Italy, Mr. Roman Goryanov, General Consul of Ukraine in Milan. An exhibition of paintings and sculptures by Armandino Lecca (author of the monument to the Holodomor victims, established in Kalyari, “Forgotten Pain – Holodomor”) was presented at the Consulate.

After this, a scientific conference began, which was attended by Italian researchers of the Holodomor Giovanni Brogi, a scholar, an honorary professor at the Kyiv-Mohyla Academy, Francesca Lomastro, a historian, producer of the documentary film “Holodomor. Forgotten memory.”

Also, a demonstration of the Ukrainian community took place in Milan, during which participants on the streets of the city told residents of the city and tourists about the events in Ukraine in 1932-33.