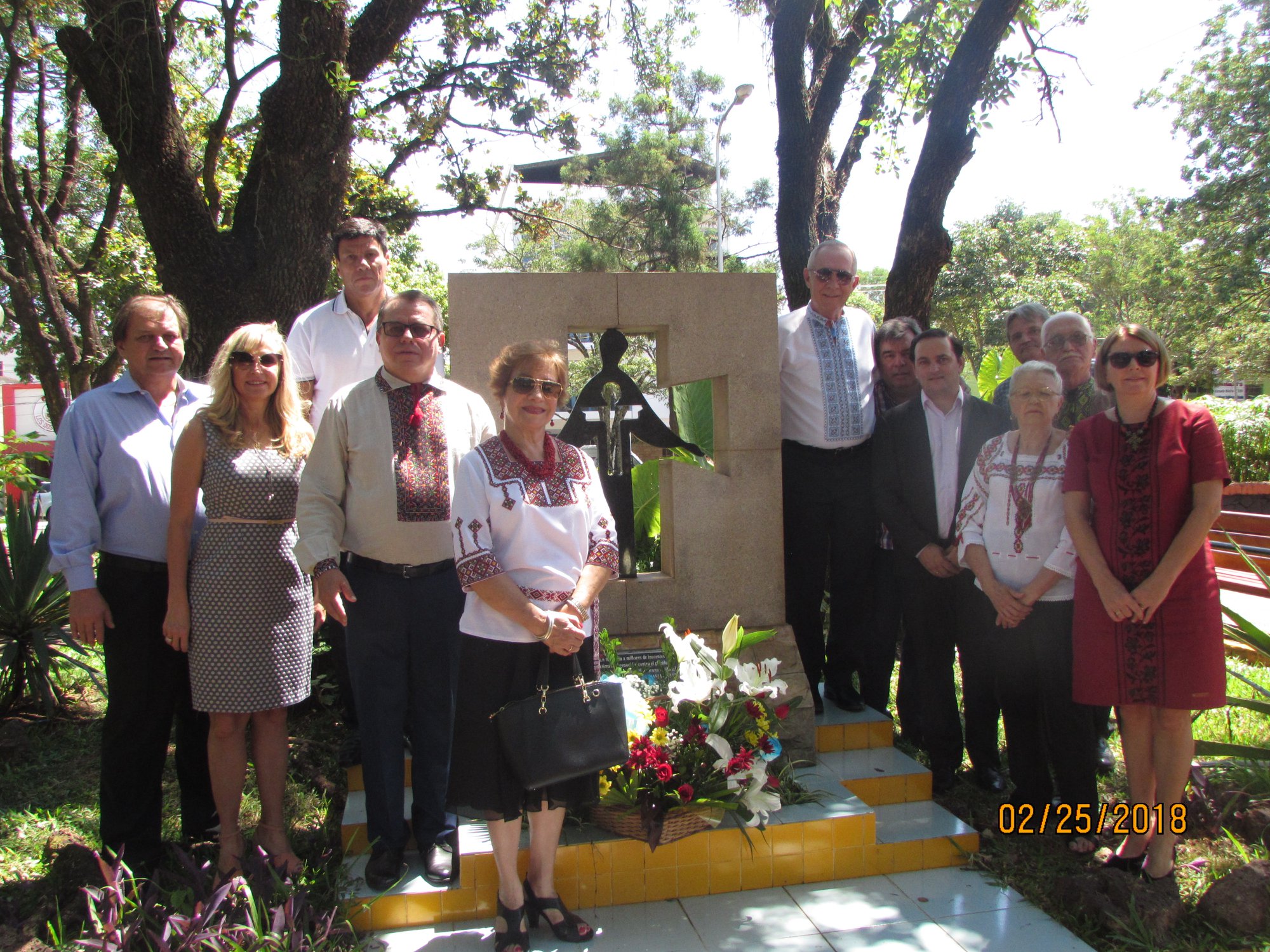 In Paraguay, the victims of the Holodomor were honored

In the city of Plaza de Armas (Department of Itapua, Republic of Paraguay), a solemn flower laying ceremony took place at the memorial commemorating the Holodomor victims of 1932-1933, with the participation of Ukrainian diplomats, paraguayan parliamentarians and representatives of the Ukrainian community of Paraguay, the press service of the Ukrainian Embassy in the Argentinean the republic

On February 25, 2018, Ambassador of Ukraine to Argentina and Paraguay (part-time) Yuriy Dyudin paid a visit to the Republic of Paraguay during the visit to the department of Itapua, a place of compact residence of a large Ukrainian diaspora in Paraguay.

In the ceremony of laying flowers to the memorial place of the Holodomor victims of 1932-1933 in Ukraine on the central square of the Plaza de Armas, the Honorary Consul of Ukraine in Paraguay Andrzej Trociuk, deputies of the National Congress of the Itapua Department, the leaders of the municipality of Ensarnaision and representatives the Ukrainian community. According to various estimates, in Paraguay 15-20 thousand ethnic Ukrainians live.

The Ambassador noted the recognition by Paraguay at the state level in 2007 of the Holodomor as an act of genocide against the Ukrainian people.