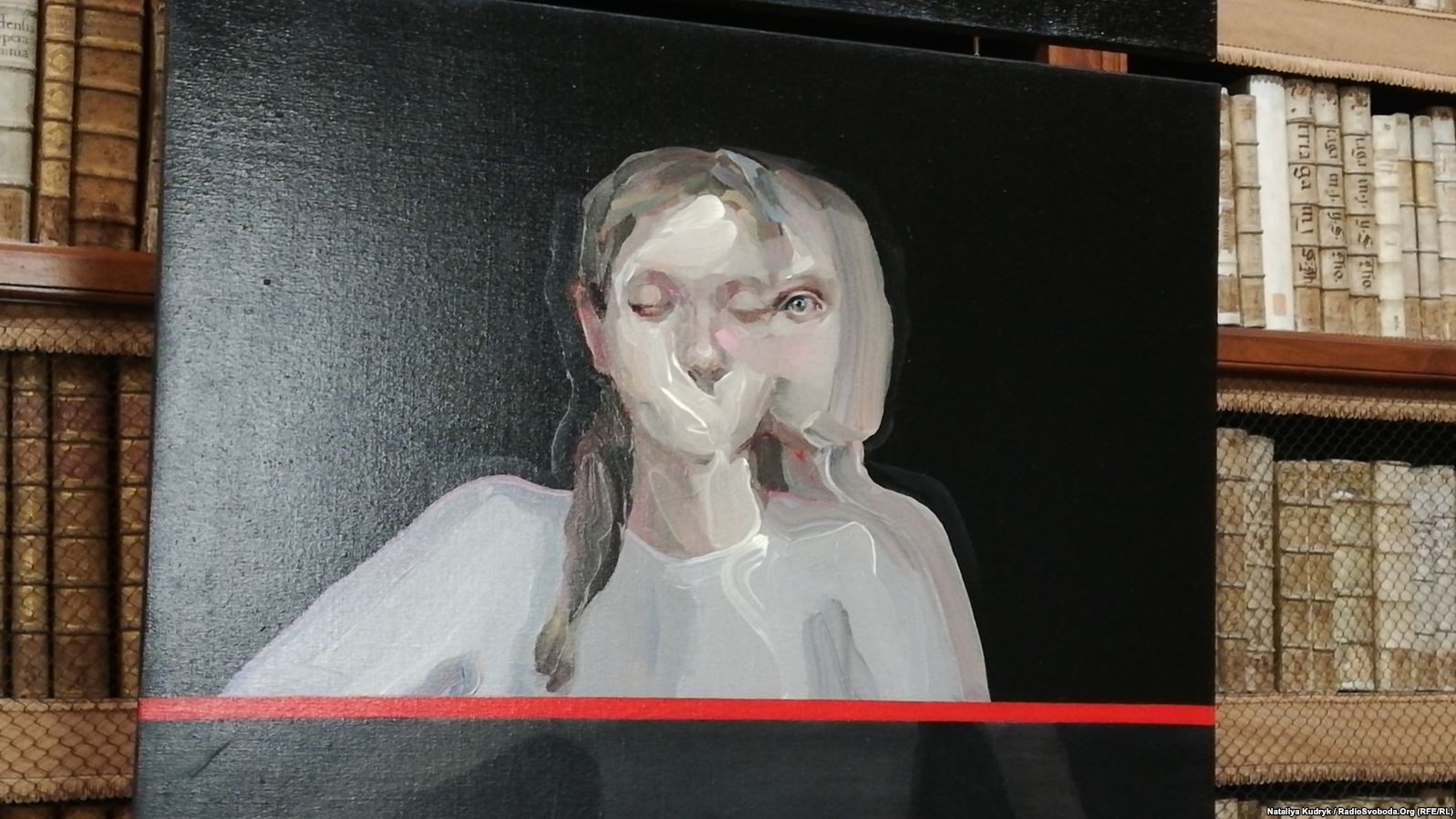 In Rome works of Europian artists about Holodomor were presented

In Rome, in the historic library of Angelica, foreign artists of the genre of contemporary art presented their works on the Holodomor for the first time, reports Radio Svoboda.
The exhibition Out of Memory includes three Italian artwork by Alessio Anchillai, Andrea Pinkie, Spaniards Evieti Andújar, and installation on the floor of the Swiss artist Simon Haug.
The exhibition demonstrates the reflections of four creators of modern art on the dramatic events of the Holodomor, told to Radio Svoboda curator Christina Meregalya.
“Artistic works are also intended to demonstrate the lack of comprehension of the topic in the historical context. We also consider symbolic place of the exhibition – the library “Angelica” – a place of memory preservation and transfer it to subsequent generations “, – she added.
The 45-year-old Alessio Anchillai, author of Overnight Writing, told Radio Liberty that the Holodomor for him is a family drama: his relatives, being landowners, fled from Odessa during the Stalinist persecution.
On the black background of the canvas hung long black threads (black hunger) and one among them – red – a symbol of resistance.
“While working on the picture, I presented my ancestors with a dark night, who were weakened by malnutrition, wrote a story of a sad experience with a red thread, depicting the strength of the spirit of survival and the struggle against inhumanity, leading a man to resistance, the abandonment of the terrible,” – explained the creative idea artist Anchilla.
Andrea Pinkie says that his work tells of a great lie that was hidden under the snow. The black background at the top of the picture, and below – the eight white hearts – the pure hearts of the victims and eight white crosses – are dead. Number 8 as a symbol of justice and infinity. The painting is called Nuda Veritas (“The Naked Truth”).
“The school did not tell us anything about the tragedy, now it strikes me that in the West we did not know about it for so many decades,” says artist Pinkie.
A similar reaction was also made by the Spanish artist Evieti Andújar, who a few months ago discovered the terrible truth about the little-known genocide in Europe of the 20th century.
“I was crying, I was greatly impressed by this tragic story. As soon as I realized what really happened in Ukraine, I got the word “murder” and the sight of millions of people before death, “says the artist Andujar. She also called the picture “Last Look”: in the upper part – the silhouette of the dead body, and below – the female images before death.
At the entrance to the magnificent library of Angelica, the Swiss artist Simon Haug placed on the floor the installation of “Black Grain”: scattered paper hollow and torn bags, painted black and green.
“These bags of grain, as an image of Ukraine – the breadbasket of Europe, the potential that was not used, killed. My work also shows a battlefield for life, “explained Simon Haug, the artistic content.