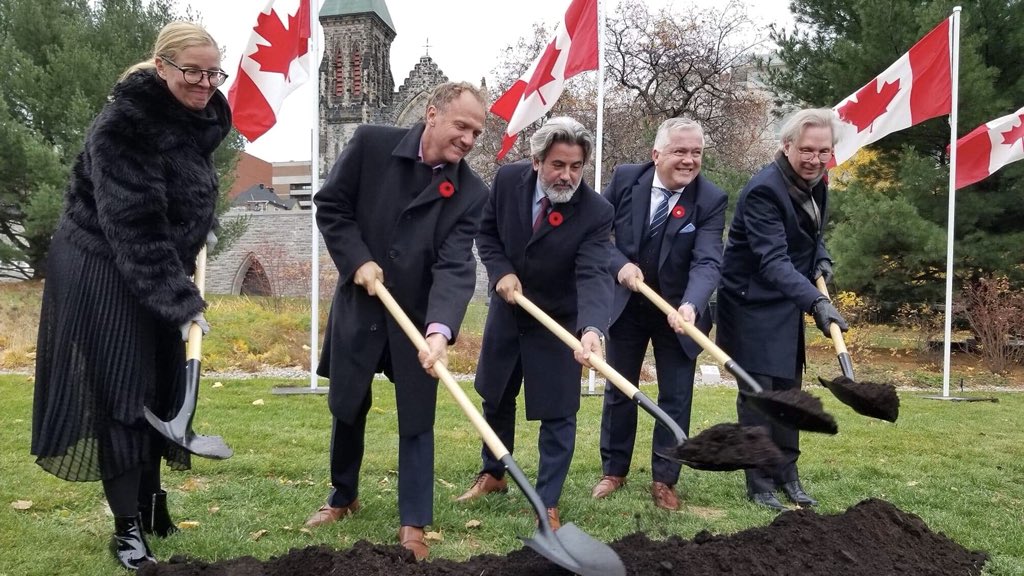 In the capital of Canada, the Victims of Communism Memorial to the entered its construction phase

In Ottawa, the ceremony of turning of sod for the future Victims of Communism Memorial was held, Ukrinform reports.

The event was attended by Heritage and Multiculturalism Minister of Canada Pablo Rodriguez, as well as by diplomats and representatives from numerous communities from countries that suffered from communist rule.

“This Memorial will become a place where Canadians and guests will mention the millions of people who suffered from repressive communist regimes. It will also be a place of hope and recognition of Canada’s role in providing shelter to people fleeing persecution,” said Pablo Rodríguez during the ceremony.

Various national communities joined the process of creating the memorial, including the Congress of Ukrainians of Canada who donated $ 25,000 to its construction.

“I hope that this memorial will also remind us that democracy was difficult to achieve and it can never be taken for granted. It works only when everyone is involved in this process,” the minister emphasized.

The construction of the Memorial will begin shortly and should end in the fall of 2019. It will be built in the city center near the building of the Federal Parliament of Canada and the Supreme Court of the country.

Recall that on October 21, 2018, the Holodomor Victims Memorial was opened in Toronto.