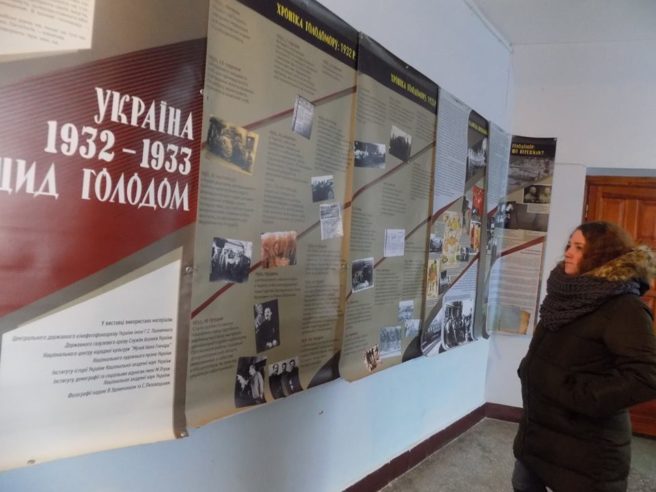 In Zdolbyniv an Exhibition Dedicated to Holodomor Was Opened

In the Zdolbuniv Central Regional Library (Rivne region), the exhibition “Ukraine. Holodomor 1932-1933. Genocide by famine” was opened, reports the resource of Zdolbunivska truth.
The materials are selected in such a way that in a logical and accessible form they cover the causes, course and effects of the Holodomor. The exhibition details the history of the 1932-1933 Holodomor in Ukraine and explains why the Holodomor is a genocide.
The materials presented cover almost a century, telling about the history of the Holodomor and its consequences, which are still being made known in Ukrainian society. The exhibition begins with information on what Ukraine was at the beginning of the 20th century, 30 years before the tragedy, and ends with the revival of the memory of the Holodomor of 1932-1933 in Ukraine at the present stage of state building.
Exhibition “Ukraine. Holodomor 1932-1933. Genocide by Famine”, developed by the Ukrainian Institute of National Remembrance, the National Museum Holodomor Victims Memorial, and the Ministry of Foreign Affairs of Ukraine.