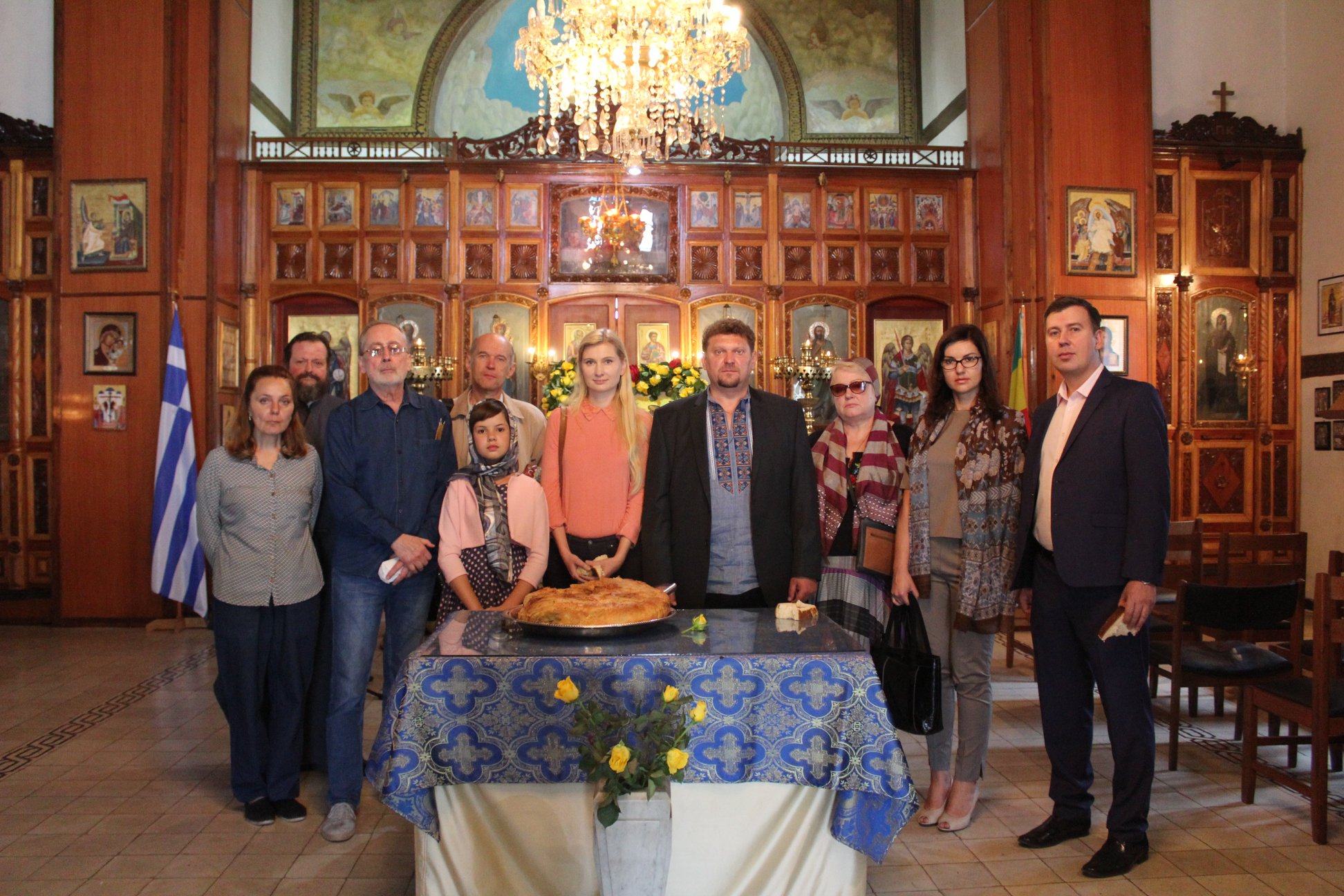 International Action "Let's Light a Candle of Memory!" in Ethiopia

On November 4, 2018, in the city of Addis Ababa, the Ukrainian community joined the International action for commemorating of Holodomor victims “Let’s Light a Candle of Memory!”, the press service of the Embassy of Ukraine in Ethiopia informs.

The action, dedicated to the 85th anniversary of the Holodomor, at the initiative of the Embassy of Ukraine in Ethiopia was held at the St. Frumentius Orthodox Greek Church. During the liturgy, the Reverend Father Christosimus Barberis read the prayer for all the dead as a result of the Holodomor of 1932-1933. After the liturgy, the participants lit a candle of memory and commemorated the victims of the crime of genocide by a minute of silence.

The Charge d’Affaires of Ukraine Mykhailo Kyrychenko in his speech to the Ukrainian community stressed the terrible proportions of the Holodomor that took place in Ukraine. “We must always remember and celebrate the history of our people,” said the Charge d’Affaires.