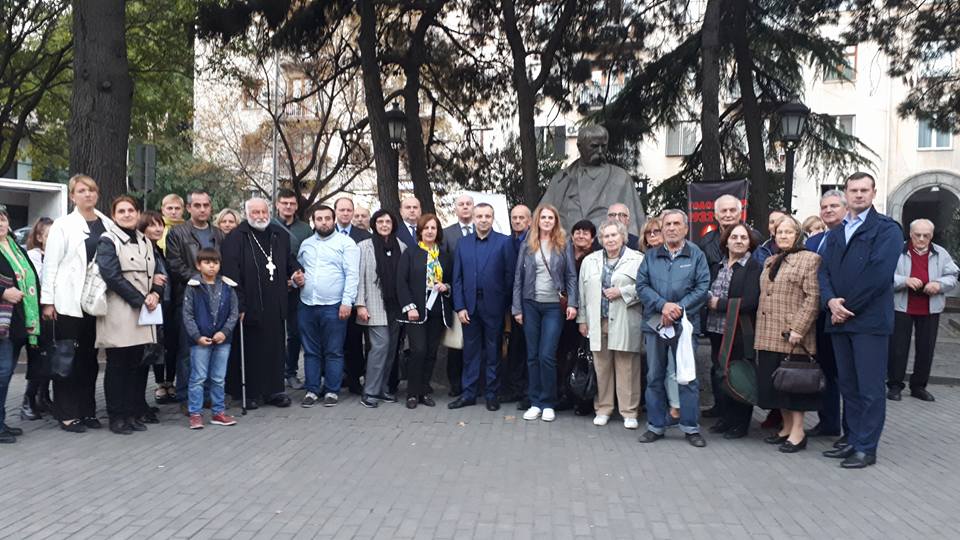 International Action "Let's Light a Candle of Memory!" in Georgia

On October 31, 2018, the city of Tbilisi joined the international action “Let’s Light a Candle of Memory!” and commemorated the victims of the Holodomor in Ukraine in 1932-1933, the press service of the Embassy of Ukraine in Georgia informs.

“At 17 o’clock near the monument of Taras Shevchenko in Tbilisi, the representatives of Ukrainian NGOs in Georgia, the Embassy of Ukraine in Georgia, the Deputy Chairman of the Ukrainian Institute of National Remembrance, the staff of the Institute of Ukrainian Studies of Tbilisi State University and the Georgian public paid homage to the victims of the genocide of Ukrainian people and lit a candle of memory. The priest of the Temple of the Holy Archangel Michael in Tbilisi, Father Michael, served a prayer service for the dead. The participants of the action read out the 85 names of children who died of hunger and read a common prayer for all the Ukrainians starved to death,” the statement said.