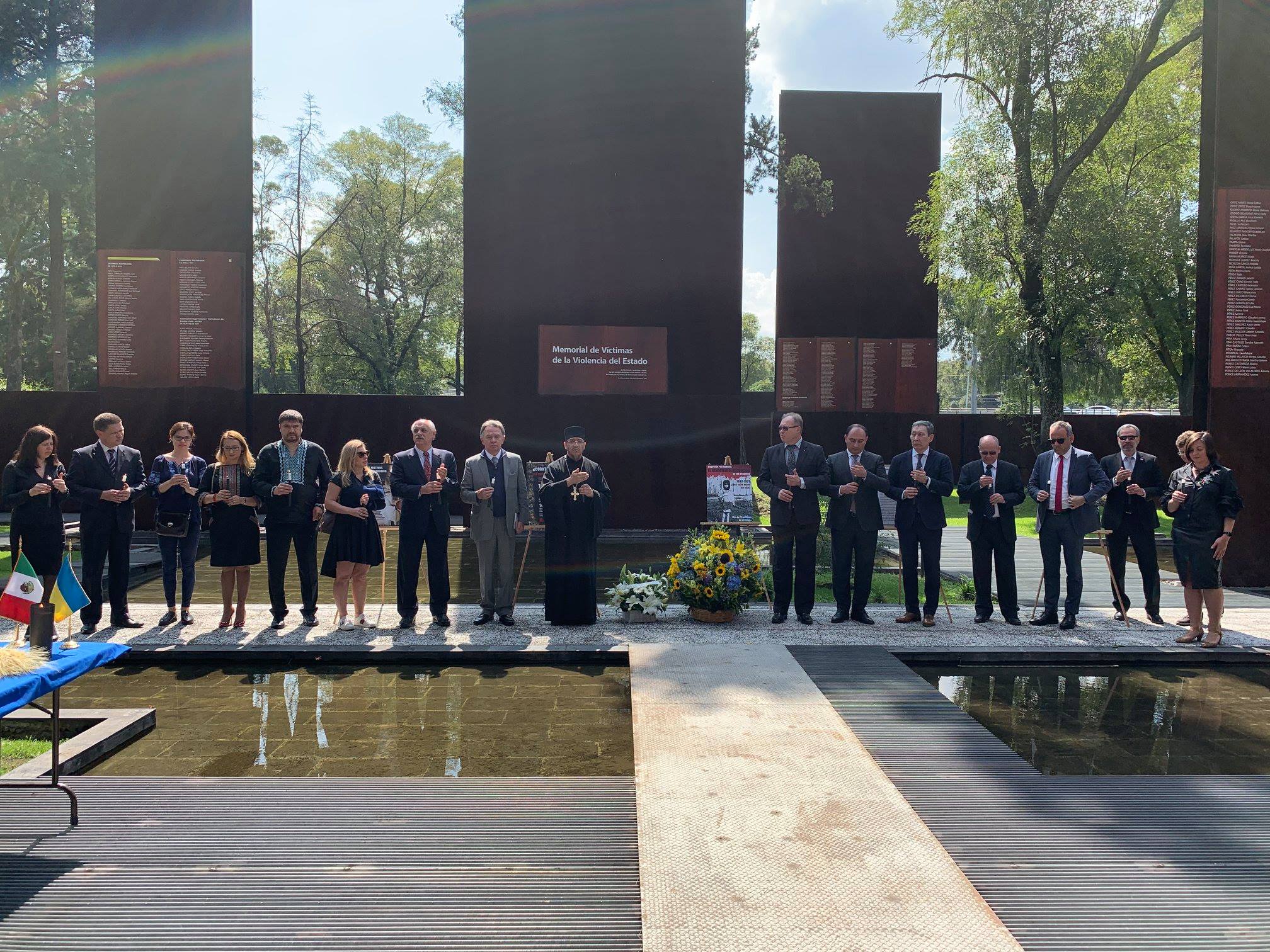 In the capital of Mexico, an International Action for commemoration the Holodomor victims “Let’s Light a Candle of Memory!” was held, the press service of the Ministry of Foreign Affairs of Ukraine reported.

“On November 12, 2018, the memorial event, dedicated to the 85th anniversary of Holodomor, in the framework of the International Action “Let’s Light a Candle of Memory!” took place on the territory of the Memorial to the victims of the violence in Mexico City,” the statement says.

The event, organized by the Embassy of Ukraine in Mexico, was attended by the representatives of the diplomatic corps, the Ukrainian community, the Orthodox Church, NGOs and the media.

In his speech to the audience, Ambassador of Ukraine Ruslan Spirin expressed gratitude to Mexico for the adoption of the Declaration on the recognition of the Holodomor as an act of genocide against the Ukrainian people in 2008. He emphasized the importance of reporting the historical truth about the horrific events of the past in order to prevent them from repeating in the future.

Together with the Embassy of Ukraine in Mexico, the representatives of the Ukrainian community of Guadalajara, the state of Khalisco, also held a ceremony in the framework of the International Action “Let’s Light a Candle of Memory!”.