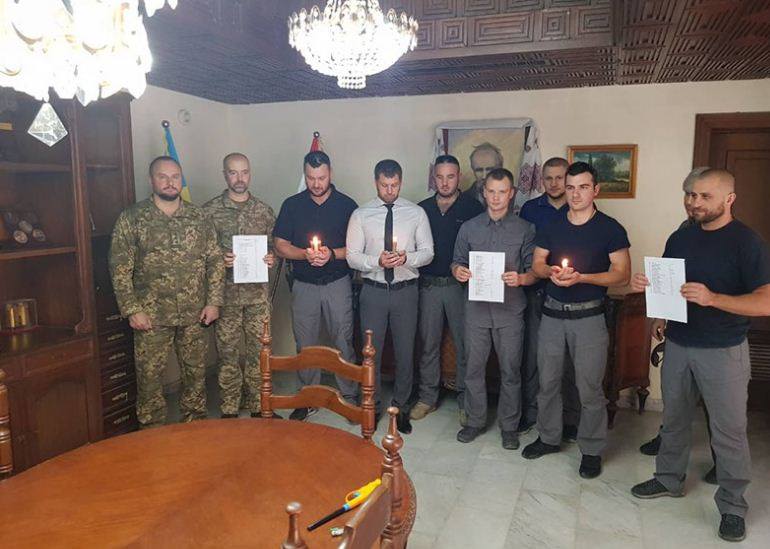 The Holodomor. All news 4 September 2018

On September 4, in the Republic of Iraq, a candle of memory was lit for commemoration of the victims of the Holodomor of 1932-1933, the press service of the Ministry of Foreign Affairs of Ukraine reports.

Employees of the Embassy of Ukraine took part in the International action “Let`s Light a Candle of Memory!“.

“It is impossible to change what has happened…  But to restore historical justice, to bring the truth and to draw the attention of the world to this tragedy of our people as a deliberate fact of genocide, based on the total destruction of the national elite, public authorities and clergy, has become the holy duty of us – those who create today’s history. Employees of the Embassy of Ukraine took part in the International action “Let`s Light a Candle of Memory!“.

Participants read the names of 85 children who died of hunger, and paid tribute to the dead Ukrainians by the minute of silence. The Republic of Iraq became the fourth country, in which the action ” Let`s Light a Candle of Memory!” was held. .

To recall, a candle of memory was lit in the capital of Jordan.

On September 2, 2018, the Embassy of Ukraine in the Republic of Turkey and the Ukrainian community of Turkey joined the International Action dedicated to the 85th anniversary of the Holodomor “Let`s Light a Candle of Memory!“.