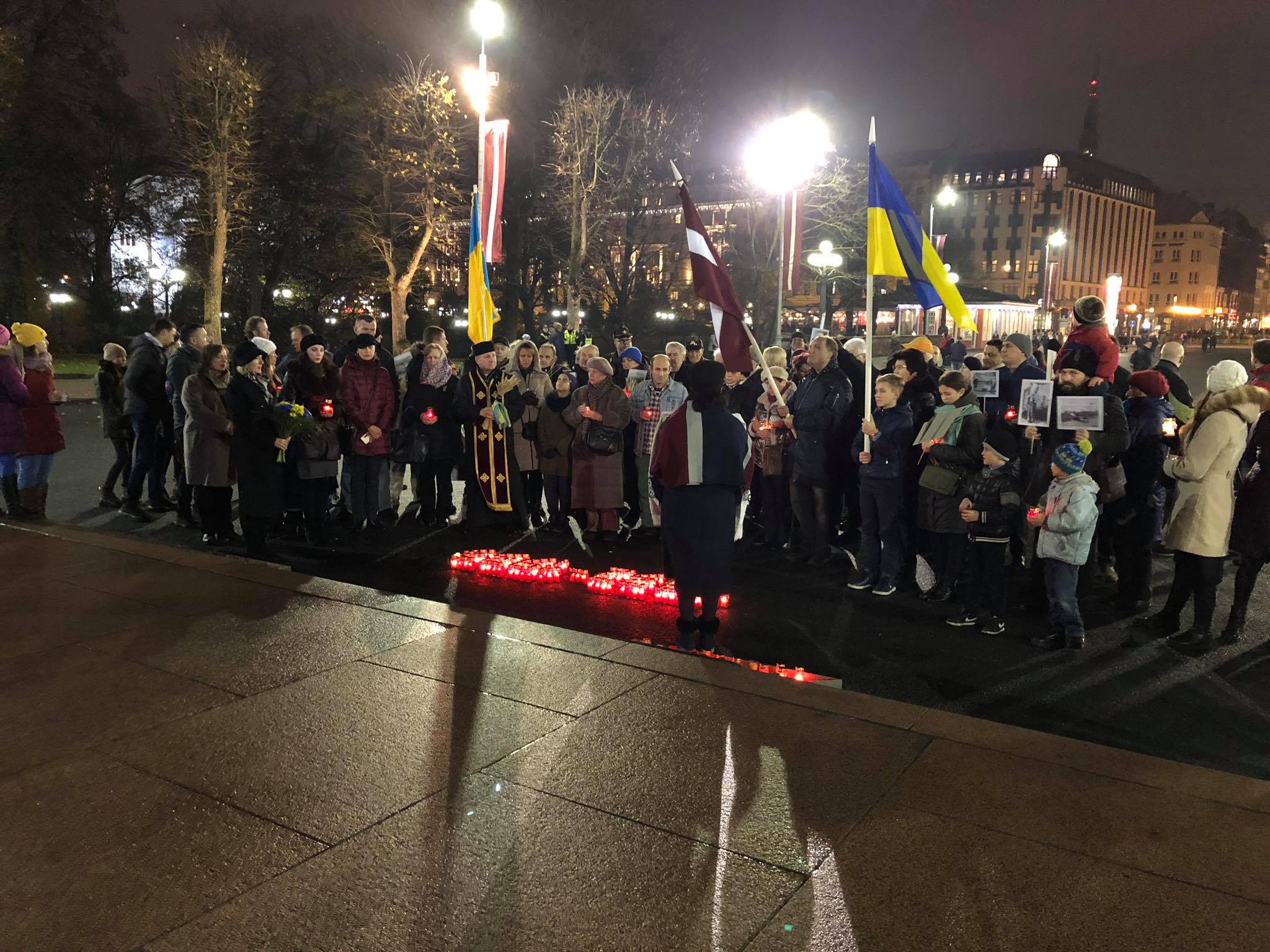 In the chapel of the Church of the Sorrowful Mother of God of the Ukrainian Greek Catholic parish in Riga, a memorial service was held for victims of the Holodomor, after which the participants walked on to the central monument – the Freedom Monument, where the participants honored the memory of the Holodomor victims with a minute of silence, and lit the candles of memory.

The Charge d’Affaires of Ukraine in Latvia, Alisa Podolak, in her speech thanked Latvia for recognizing the crime as the genocide of the Ukrainian people and read out the names of 85 children who became the victims of Holodomor in Odessa Region.